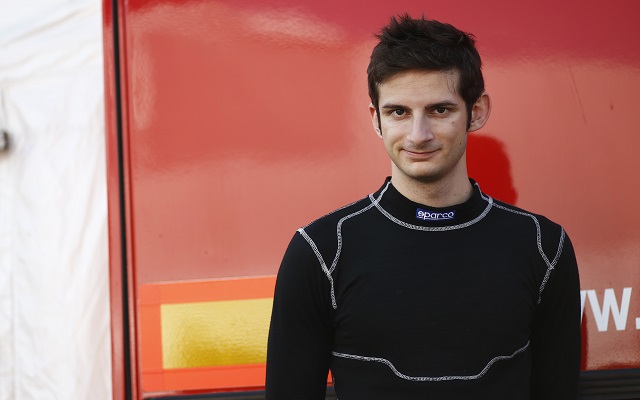 Alex Fontana will continue in the GP3 Series this year, switching to Status Grand Prix.

It will be the Swiss-Greek driver’s third full year in the category, following seasons with Jenzer Motorsport and ART Grand Prix.

Winner of the European F3 Open in 2011, Fontana competed in FIA Formula Two the following year and finished seventh in the standings.

He made his GP3 debut back in 2011 at Spa with Jenzer, finishing sixth in race two. He contested the Hungaroring and Spa rounds one year later, finishing up with a fourth place finish. In his first full season in 2013 he scored a podium at Silverstone on his way to 17th in the standings and last year ended up 11th after podiums at Spa and Sochi.

?The 2015 season will be the third year in the GP3 Series for me, therefore I needed a team where I could put all my experience to good use and have a nice environment to work in,” said the 22-year-old.

?For three years I?ve always seen with respect the men in black and green, with admiration for the cars of the same colours. I have learnt a lot and I?m ready to give my best to work and have a nice progression throughout the year.

?In the previous seasons I?ve already shown I can be fast, but in GP3 this is not enough. The level is very high, track time is not much, and you have to give 110% from the first lap.

?This year, I won?t speak about reaching the top five, the podium or the title. This year I?m going to give everything I can to the team and work together in the best way, confident that we will reach what we deserve. GP3 is all about consistency and team work, that?s why my choice was Status Grand Prix.?

Team principal Teddy Yip added: ?Alex joins us with a wealth of GP3 experience and determination to deliver results. We were immediately impressed by his positivity and tenacious approach to his racing career.

?In a difficult economic climate, Alex has amassed over 60 sponsors to support him. This determination and strength of character is inspiring and we look forward to helping him reach his full potential on track this season.?

Fontana is the Status team’s first signing for the 2015 season, and the eighth driver with a GP3 deal in place.

Fabian Schiller to race in European F3 for West-Tec