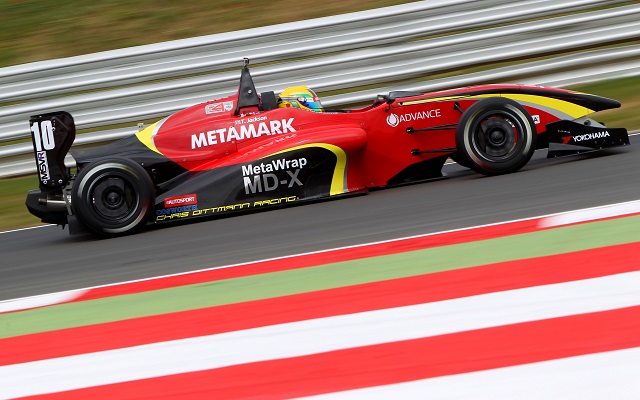 Jackson contested six of the eight events last year after switching to single-seaters from Ginetta Juniors, and claimed a pair of fifth-place finishes as his best results.

“I can’t wait to get back out in the BRDC Formula 4 car this year,” said the 18-year-old, who rejoined the team for last week’s media day at Brands Hatch.

“We have established a very strong working relationship with Chris Dittmann Racing and when I drove the car again at Brands Hatch,?it was really fast.

“Since the end of last season I’ve been working really hard on my fitness and feel ready for the year ahead. The knowledge that both I, and the team, learnt last year will put me in a great position to fight for race wins and be in the top three of the championship.”

Team boss Dittmann commented: ?We are delighted to have Tom back in the car for another year. His progress in 2014 was outstanding and we can?t wait to continue our strong working relationship into 2015.

“His best performance last year came at Oulton Park and therefore we are looking forward to a strong start to the 2015 championship at the same venue in April. It?s great to have two up-and-coming drivers confirmed already and we are in talks with others with regards to a third seat with us.?

Jackson will be joined at CDR by Omar Ismail from round three, once the newcomer turns 16 in May.