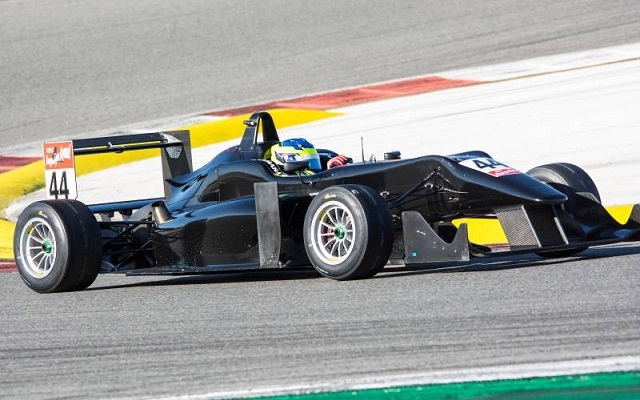 German outfit Motopark have officially confirmed their fourth?driver for their return to the European F3 scene in the form of Sergio Sette Camara.

The Brazilian will be one of the youngest drivers of the field as he only turns 17 in May.

Camara showed his talent in karting, including winning the IAME International X30 Junior Final in 2012 and taking second in Copa Brasil Graduado in 2013.

Last year, Camara joined the Brazilian F3 series at halfway point and showed some promising results including a maiden podium and a pole position at the season finale, becoming one of two who were able to beat Pedro Piquet in qualifying over the season.

He also entered the Imola round of the 2014 FIA F3 season with EuroInternational and fared well, taking a best finish of 14th.

As a preparation for the forthcoming season, Camara took part in the final two rounds of Toyota Racing Series, showing promising pace once again. Taking fifth in his first ever race, he eventually ended up collecting three top ten finishes out of seven races.

“I am very happy to make this announcement with the Motopark team,” said Camara. “I was very well received by Timo Rumpfkeil, owner of the team, as well as by each members of this team who seem, really, a big family.

“I am proceeding for another challenge in my career, but with the certainty that I will be supported by a number of professionals trained and able to offer the best in terms of the European F3. I want to learn a lot this season and, gradually, show my potential and get my space between the great names of the sport.?

Rumpfkeil added: “It?s a mammoth task to jump straight from karts into F3 but it can be done. We as a team have got all the means to make sure he learns the ropes as quickly as possible. Our engineers haven taken Sette under their wings and are working full-time with him ? in the simulator as well as with the data and onboard videos.

“He has proven that he?s quick enough to cut the mustard ? and he?s got the brain capacity to learn fast and adapt himself, too. Sure, 2015 is bound to be his apprenticeship. But he?s got what it takes to make his way, and we will play our part in that.?