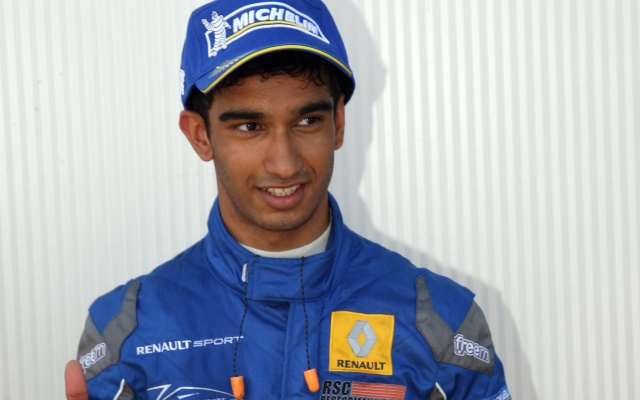 The Indian joins the FIA F4-spec series for his second season if racing in the UK, after competing in Protyre Formula Renault last year – scoring three podiums.

One of the three home-grown drivers found by Force India’s One in a Billion talent search together with?Jehan Daruvala?and Arjun Maini, Reddy is now managed by former Double R racer Rupert Svendsen-Cook.

?I’m very pleased to sign with a prestigious team like Double R Racing which has had a tremendous amount of success in Formula 3,? said 17-year-old Reddy.

?The goal is to win from the get-go and with the experience and resources the team holds, I’m sure this is very possible.?

Team principal Anthony ‘Boyo’ Hieatt said Reddy’s performances in Formula Renault make him confident that Reddy will be a hit.

?Tarun is an exceptionally gifted young driver and everyone at the team is thrilled to be working with him this year in MSA Formula,” he said.

“We kept a close eye on his progress last year in Formula Renault where he did an incredible job during his first season in the UK, I?ve got absolutely no doubts Tarun will be a serious contender in MSA Formula this year.?

Svendsen-Cook explained that his previous experience with Double R made them an obvious destination for his protege.

?I myself joined Double R at a similar age to Tarun in Formula BMW and with the team?s support I was able to develop hugely as a driver,? he commented.

?For me, it was a no brainer to place a great talent like Tarun with Double R who I know will leave no stone unturned in the bid to win races and championships in MSA Formula.?