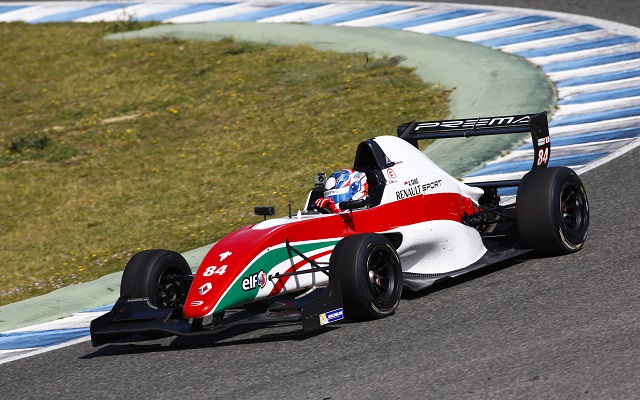 Reigning Formula Renault 2.0 Alps teams’ champions Prema Powerteam kicked the 2014 season off on a high note, with Andrew Tang posting the quickest lap of the day of practice for the Imola opener.

While Tang topped the second practice session, the first one went to his teammate Bruno Bonifacio, who was a tenth and a half quicker than Koiranen’s Nyck de Vries.

The second session saw limited running from the drivers, with Tang leading Bonifacio by less than a tenth at the checkered flag. Leclerc was again third, leading Caterham-backed teammate Matt Parry and Orudzhev.

Sixth went to another karting graduate – Koiranen’s Russell – with French F4 champion Anthoine Hubert in seventh and Olsen in eighth. Jenzer’s Denis Korneev and Italian racer Cairoli made up the rest of the top ten.