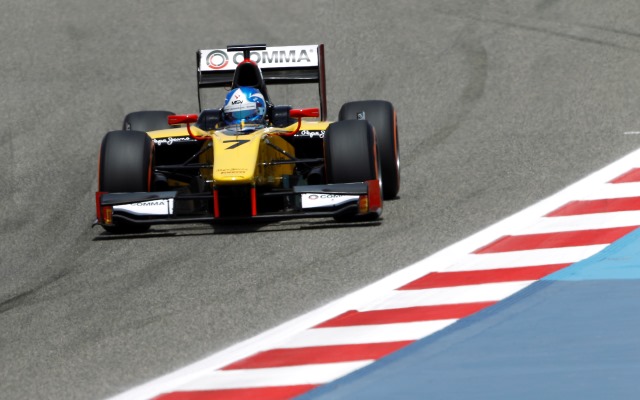 Jolyon Palmer has claimed pole position for the first round of the 2014 GP2 season in Bahrain, beating rookie Stoffel Vandoorne to top spot by just three hundredths of a second.

Daniel Abt took top spot ten minutes into session and held it until slipping to third in a late shootout following a read flag. The stoppage was triggered when debutant Artem Markelov spun and stalled at turn one after leaving the pits.

Palmer managed a time of 1m38.865s after the restart which would go unbeaten. Vandoorne had held second behind Abt during the break and managed to better his previous time (which had been in doubt due to a track limits investigation) to reclaim a spot on the front row for his first GP2 race.

Palmer’s DAMS team-mate Stephane Richelmi took fourth behind Abt after also improving towards the end. Rio Haryanto delivered on promising off-season pace to claim fifth for Caterham ahead of Stefano Coletti, while practice pace-setter Mitch Evans slipped to seventh late on.

Update: Nasr has been handed a three-place grid penalty after he was found to have made “an abnormal change of direction” while passing Cecotto at turn four. That will drop him to P11, promoting Marciello, Pic and Jon Lancaster.