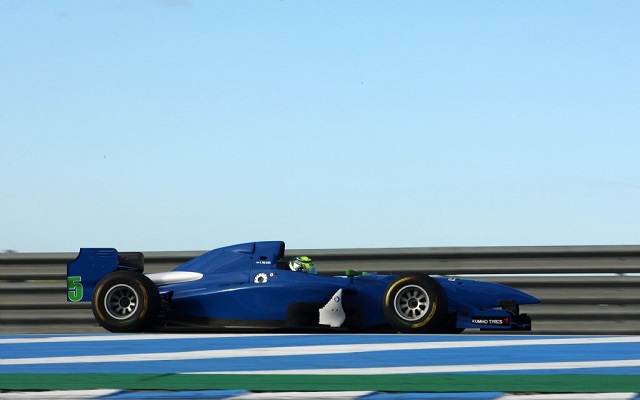 Hungarian driver Tamas Pal Kiss, testing in Auto GP for Virtuosi UK, posted the quickest laptimes in both sessions of the second day of running at Jerez.

Opening day pacesetter Meindert van Buuren led the morning session early on, but was eventually dethroned by Kiss. The Hungarian stayed in first for the remainder of the session, leading van Buuren and Ghinzani regular Kevin Giovesi.

There were no rookies in the session’s top five, as Michela Cerruti and Sergio Campana took fourth and fifth respectively.

The afternoon session saw Kiss remain in first for most of the running. The Virtuosi tester was briefly overhauled by Kimiya Sato, but soon returned to the top of the timesheets, seeing out the test in first place.

While Sato took second, Campana made it up to third, despite only doing a couple of flying laps in the closing stages of the session. Van Buuren and Pietro Fantin rounded out the top five.