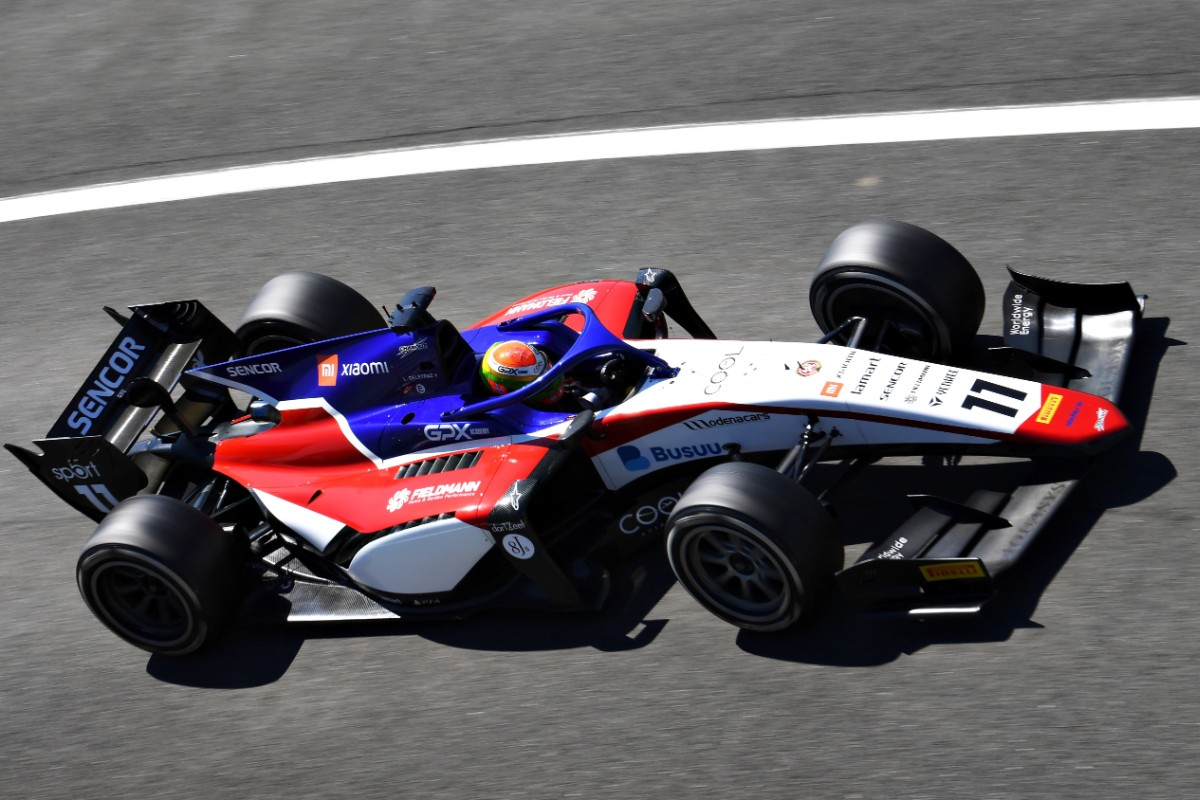 En route to a fifth-place finish, Charouz Racing System’s Deletraz made an audacious overtake around the outside of Ticktum at the Vale chicane.

It was an overtake similar to others that Deletraz had performed on a number of drivers across the back-to-back F2 rounds at Silverstone, but it left Ticktum fuming on team radio.

“The next time that ****** pulls a kamikaze move like that, I’m gonna crash with him. I’ll tell you that. I will never give him that much respect ever again,” Ticktum said over the radio to his DAMS team.

After the clip attracted attention on social media, in some cases with Ticktum’s exact wording being misquoted, the Williams F1 development driver moved to clarify the radio message, saying it had been taken out of context..

“I gave the car in question a lot of respect,” he added. “Had I not done; we could’ve come together. In no way did I mean I wanted to crash with him, not what has been reported.”

Deletraz said that he was surprised to hear Ticktum’s radio message after the race after considering his overtakes to be fair.

“First of all, I didn’t speak with Dan, I wanted to catch up with him, but I haven’t seen him yet in the paddock,” Deletraz told Formula Scout on Sunday after the sprint race.

“In general, I was extremely surprised to see the radio message. Obviously it was delayed, so initially, I didn’t know if he was speaking about me or someone else. But the two overtakes I did on him at the Vale chicane were on TV, there’s absolutely nothing wrong with it, there was plenty of space. One time on the inside, one time on the outside.

“I was quicker, from that point of view, I didn’t do anything wrong, and I have the videos, [so] I’m pretty convinced about that.

“Also in the heat of the moment, he was losing his tyres, dropping a lot. You can say things you don’t actually mean, and it can be taken out of proportion.”

Stewards saw no reason to investigate Deletraz, who also said he received no complaints from any other drivers.

“A few drivers asked me, they also saw my overtakes on the replays. I did not get one person telling me I did something wrong. The stewards didn’t see anything wrong.”

Deletraz said he wouldn’t ‘judge’ Ticktum for what he said and believes his rival’s opinion of the incident will change.

“I have no problem with that radio message being broadcast,” Deletraz said. “I say what I think. Sometimes of course you get some bad words because you have adrenaline. It can come out. A bit of self-control and things shouldn’t be crazy, but you never know, it could also happen to me in the future.

“I would really not judge Dan for what he said. Again, I didn’t speak with him, but I’m pretty sure after the race, cooling down, watching the video, he himself won’t think it’s bad. Also I didn’t think he meant it in this way.”

Deletraz moved into fifth place in the drivers’ championship after finishing fourth in Sunday’s sprint race at Silverstone, despite racing without DRS for the entirety of the race. He was “100 per cent” sure he would have passed Jack Aitken for a place on the podium but for the failure.

“I was just destroying my tyres, because behind [another car] you really lose a lot. When the front-tyre started to go, without DRS, you have no chance. We thought at some point in the race ‘OK we’re going to drop, there’s a train behind, everyone is going to pass us lap by lap.’”

While Ticktum has slipped to ninth place in the drivers’ standings, he sits just five points adrift of fifth-placed Deletraz.