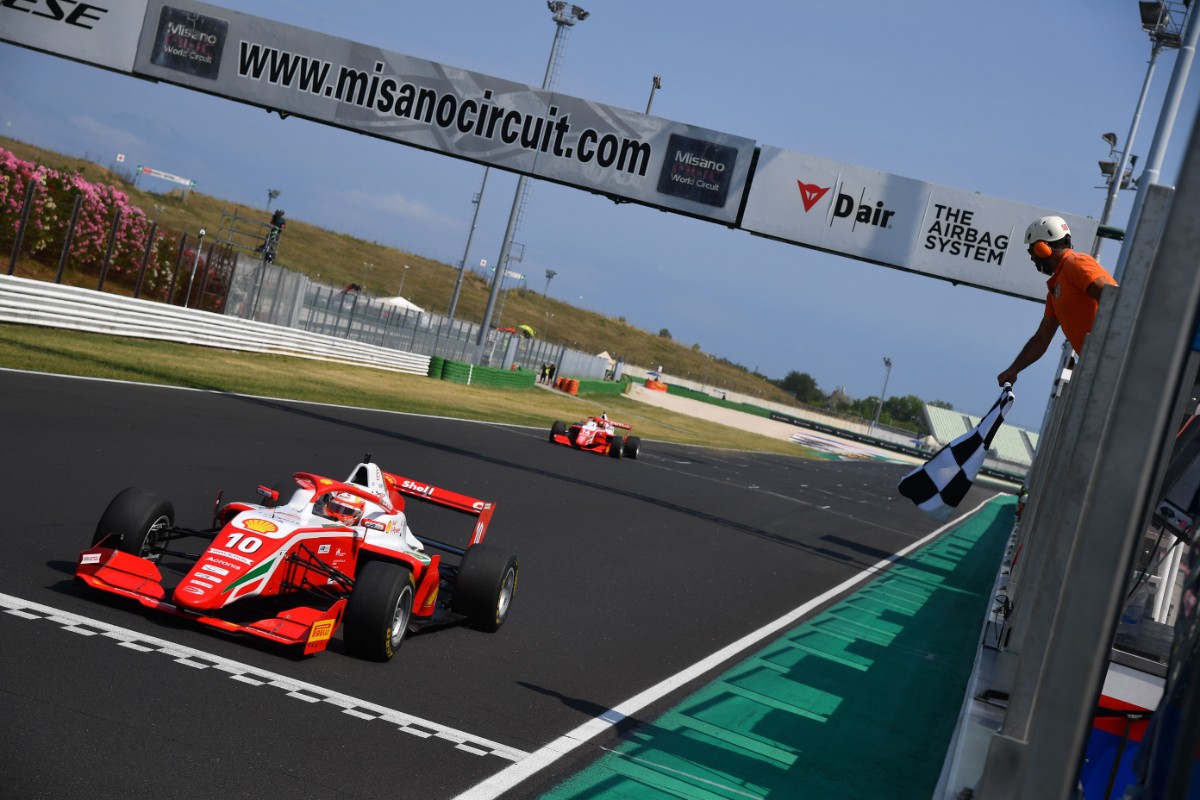 Formula Regional European Championship leader Gianluca Petecof has confirmed that he currently does not have the budget in place to contest the full season.

The Ferrari junior, racing for Prema, won the third race of last weekend’s Misano season opener and is currently on top of the championship standings on second place countback against his team-mate Oliver Rasmussen.

Petecof has graduated to Formula Regional after two years racing in Italian and ADAC Formula 4, in which he came second and fifth in the points respectively in 2019.

“The [coronavirus] crisis affected everyone, not just in Brazil,” said Petecof. “Here in Europe it is the same, and my situation is no different.

“I have to admit that this year we are having trouble closing the budget. I have to be honest, we do not have the full budget for this season, we are still looking for a solution, maybe new partners.”

The Brazilian has indicated to Formula Scout that despite the championship only attracting 11 entries to its first round – which would usually rule the series out of qualifying for the full quota of FIA superlicense points it should deliver – it has already been communicated to drivers that its allocation will be unchanged by the grid size of its season opener.

However if it does not attract more drivers going forward then that may come into question.

“I am trying to do my best to represent Brazil. A good news is that the Formula Regional European champion gains 25 superlicense points, I already have 15 and with the title, I guarantee the necessary 40 points [for F1].”

All members of the Ferrari Driver Academy rely upon other backers to contribute towards the funding of their racing programmes. Since karting, Petecof’s main sponsorship has come via the Brazilian division of oil giant Shell, a long-time partner of Ferrari.

“This year, I have support from Shell, it’s my sixth season with them. They are with me throughout my career in Europe, from karting, to Formula 4 and now in FREC, I owe them everything and the support has always been immense, in addition to being a great honour to represent them,” he said on the podcast.

Petecof also told Formula Scout that “[Ferrari and Shell] will help with what they can but it’s never a certainty” when it came to his budget.

If Petecof does gain the necessary superlicence points to race in F1 from a FREC title win, it will not change his and Ferrari’s plan to move up to FIA Formula 3 Championship and then Formula 2 in the coming years.