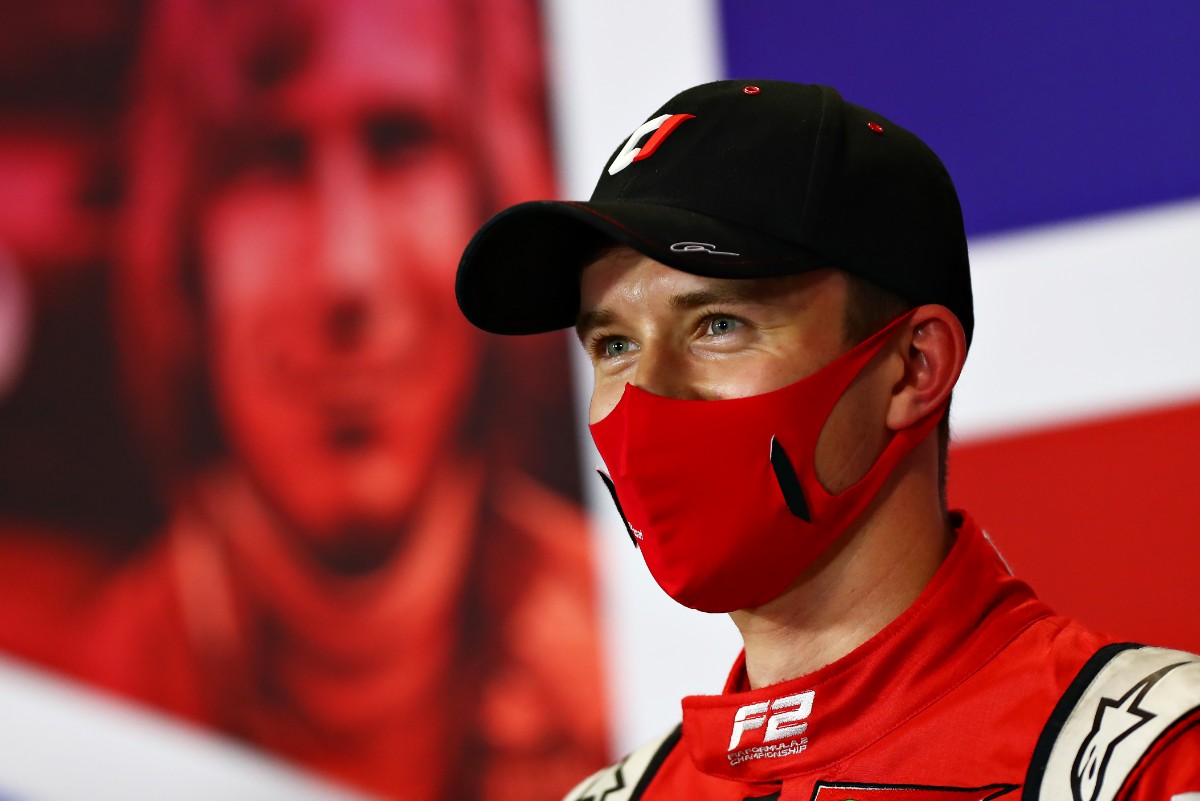 Callum Ilott entered 2020 in the shadow of some of his Ferrari Driver Academy stablemates. But he’s found a platform at Virtuosi Racing to be the best of the Scuderia’s juniors in Formula 2, and is making the most of it

Before his first full season in Formula 2 had even been completed, a future in the series had already been secured by Callum Ilott. The Briton, who was racing for the lesser-fancied Charouz Racing System team at the time, had signed to race for Virtuosi Racing – the team many perceived to have had the best package in 2019.

But many pre-season predictions didn’t have him as the best of Ferrari’s five juniors in the series, who are all vying for a potential 2021 Alfa Romeo Racing Formula 1 seat as well as title success on the final step in junior single-seaters.

The 21-year old was also expected by many – not least by some of Formula Scout’s writers – to be beaten in the points by team-mate and Renault junior Guanyu Zhou after the Chinese driver’s more successful rookie season. But Ilott has started a run of form that suggests he is Virtuosi’s stronger driver, and that he’s best placed of the Ferrari juniors to win the title.

Speaking last weekend, instead of the usual “long way to go”, or “just picking up points” response that’s expected from a driver when asked about the title at this point, Ilott was more than happy to admit that he is the driver who now has the target on his back after claiming the points lead and being the third top scorer across the two Silverstone rounds.

“Yeah, I think so,” Ilott replied when asked after winning Saturday’s feature race if he was now the championship favourite. “If you are leading it, it kind of puts you in that position. With the pace advantage that I managed to create in qualifying, that helps with the races, or should do if I don’t make mistakes. I have put in some consistent results if we exclude last weekend, and it would be good to continue those.” 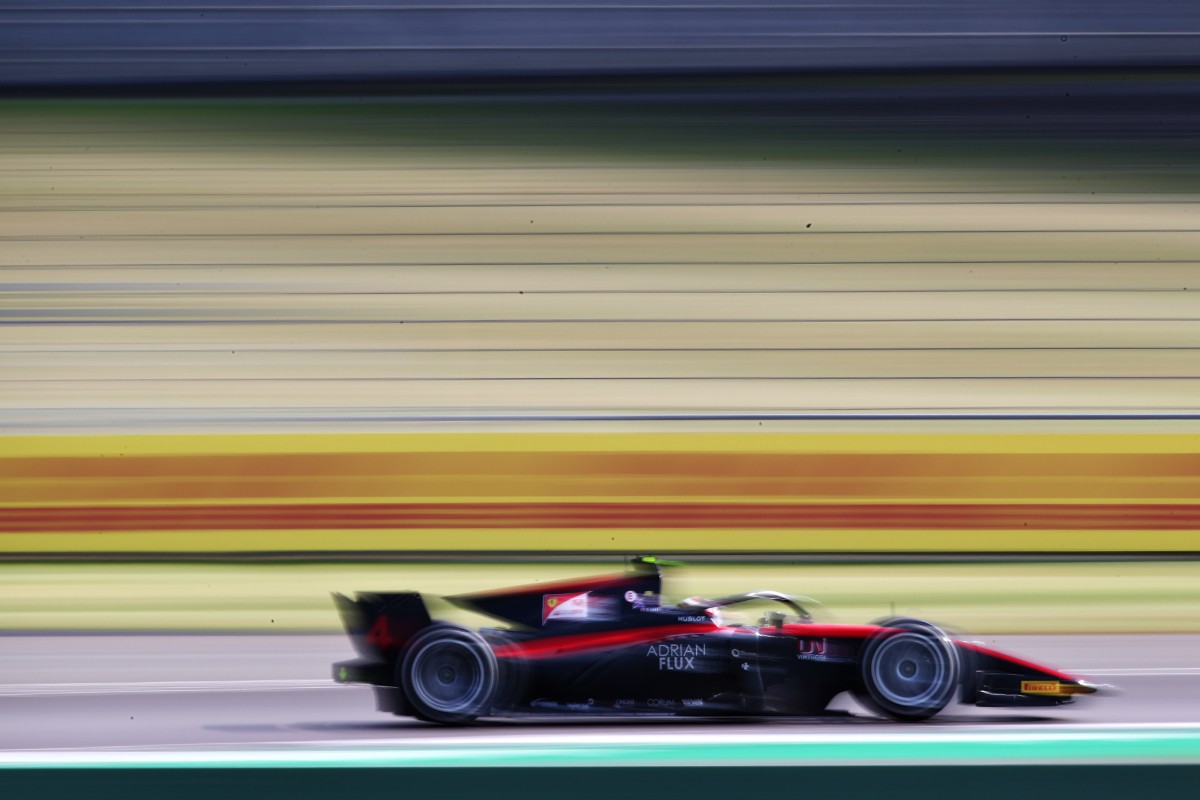 Ilott believed he had the pace to also win in the first round of the Silverstone double-header, where Pirelli’s medium compound was available rather than the soft, but he only scored 10 points after “silly mistakes” that included stalling on the grid.

“This week it was a good, consistent drive. I would say that it’s made up a bit after what I did last weekend, but I really should have had a good result last weekend.”

Ilott’s career progression has been steady if unspectacular – which is somewhat contrary to his driving style. It took him three seasons and a move to the dominant Prema Powerteam to become a regular race winner in FIA European Formula 3 (having effectively jumped straight into the series out of karts) before playing third-best to the more experienced Anthoine Hubert and old nemesis Nikita Mazepin at ART Grand Prix in a sideways move to GP3 in 2018.

After being signed and dropped by Red Bull after it placed him in F3 in 2015, it was at the end of his final season that he earned the patronage of Ferrari. That same year he made his F2 debut at Silverstone with Trident, and took a 14th place finish.

With a totally new car to learn when he returned in 2019, his cameo appearance was of limited value. Ilott did show glimpses of his potential with Charouz, especially in qualifying, but in races he was often outshone by Hubert and Zhou among the rookie crop.

The speed was definitely on show, but the consistency less so. Paul Ricard was a fine example, where fifth place on the grid came to nothing due to a spin. Then, starting towards the back, he climbed up to eighth to earn a point in the sprint race.

Other examples of his speed included a fine drive from ninth to third in the Sochi sprint race and taking pole at Monza days after the crash at Spa-Francorchamps in which his former team-mate Hubert was killed and then-team-mate Juan Manuel Correa was put in a life-threatening condition. 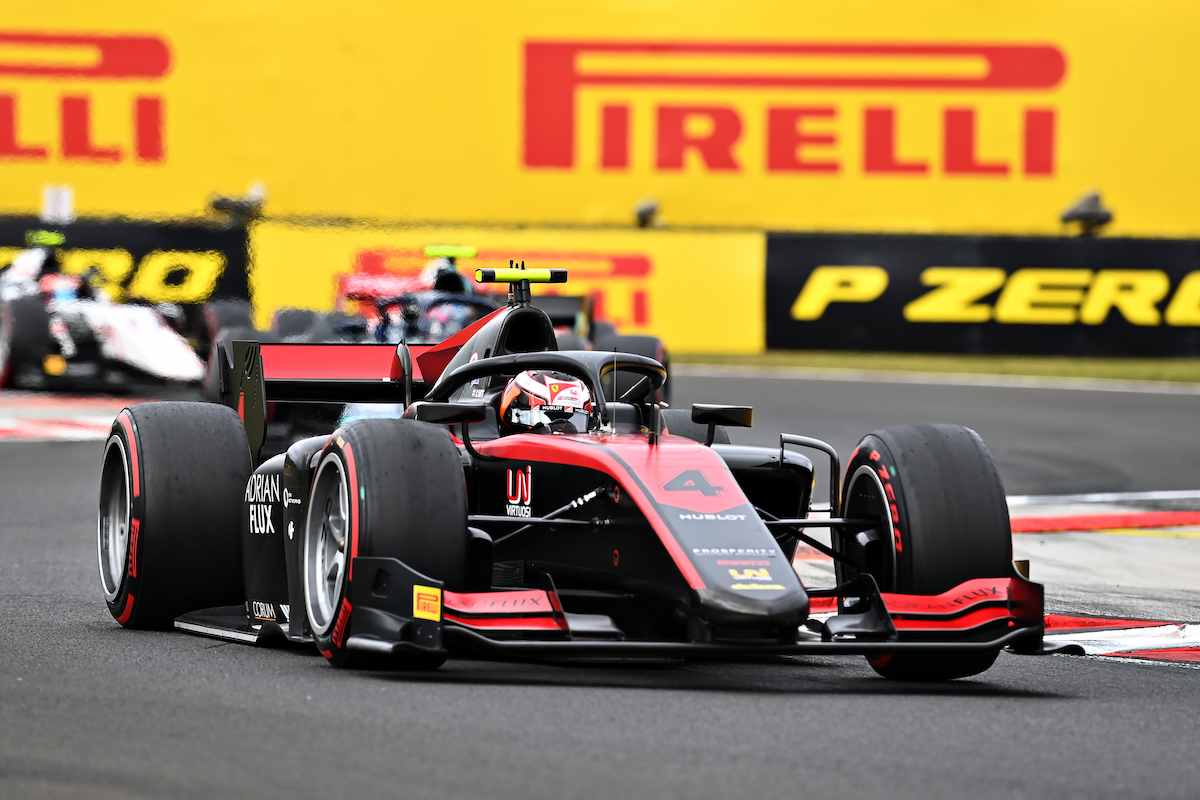 The introduction of 18-inch wheels to F2 completely changed the competitive picture for 2020, rendering Ilott’s Virtuosi move one that could potentially put him a title-capable car rather than one that definitely would.

It started well though as Ilott won the opening race of the delayed season at the Red Bull Ring, after team-mate Zhou was put out of the lead by a severe technical issue. He couldn’t make progress in the reversed grid sprint race though, which has recurred to some degree.

In the second Red Bull round, he claimed a brace of fifths as the rest of the grid caught up with Virtuosi. Across four races in Austria he was fifth best on average race pace in the dry, and always faster than Zhou.

His Hungaroring pole translated into eighth, which put him at the front for the sprint race – which he finished second in.

“The thing is with limited testing, we lost three test days, and to go in with new tyres, there’s a lot of money, equipment and everything that goes into setting this up, so it’s difficult and frustrating,” Ilott said after taking that podium finish at Budapest. “But it’s the same for everyone and we’ve just got to adapt.

“As a team we’ve now missed out on two good feature race opportunities – in the wet it was a different story but for more and good points, I just haven’t made it work.”

And it was at Silverstone two weeks later where Ilott’s pace, in particular, started to raise eyebrows.

Ilott was narrowly beaten to pole by MP Motorsport’s Felipe Drugovich. He then stalled on the feature race grid at the start of the formation lap, which prompted a pitlane start. 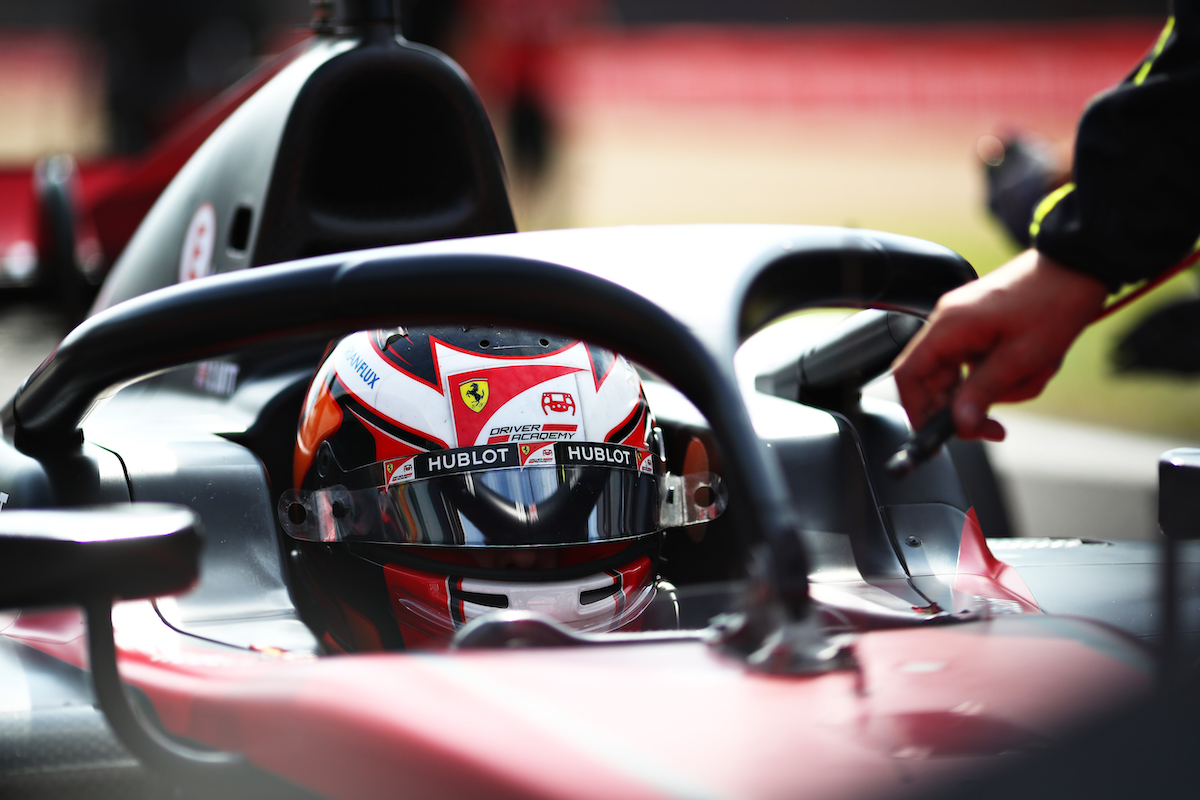 From there, Ilott recovered heaps of lost ground, finishing an exceptional fifth. He also finished ahead of Drugovich – racing the alternative strategy – and Schumacher, who was on the conventional one and started third.

The sprint race was another example of Ilott’s raw speed. Starting fourth, he worked his way up to second after a less-than-spectacular start and was closing in on leader Dan Ticktum, only to spin off of his own accord at Vale.

To say it was a wasted opportunity was an understatement, and something that Ilott has explicitly said himself. Ilott remains a rough diamond – absolutely immense potential, but not always capable of stringing a full weekend together. That first Silverstone weekend was a classic example of it. All the speed in the world, translated to a fifth and a spin.

“It was not the best way to finish the weekend,” Ilott admitted. “Especially with the amount of pace we had. Not my best moment, but these things happen. Monday, Tuesday, Wednesday I was just waiting to get back to the circuit and make up for what I did wrong.”

He came back to Silverstone and put it on pole, having not qualified lower than third this season, and crushed the opposition in the feature race with a 8.574-second win.

“[The] first stint was good. I had to extend it another lap, that was always the plan because of where we are in the pitlane; we’re the first ones. So, if everyone comes in on lap six I’ll never get out as all the train’s coming through. I had to extend it, had a clear run out of the pits, think I pulled a little bit extra time on Christian [Lundgaard] and then tried to put a decent lap in to get another bit of gap in and then just maintained it from there. So not a bad effort, I think.

“If I’d have not made the mistakes last weekend, I think it would have been a bigger advantage last week, because I think the other guys caught up a little bit from whatever we had last weekend. I think the advantage I made was really on the first stint and the pitstop, and the rest I just maintained. So I think they were close, for sure, but it definitely wasn’t easy today. I was sliding around a lot.” 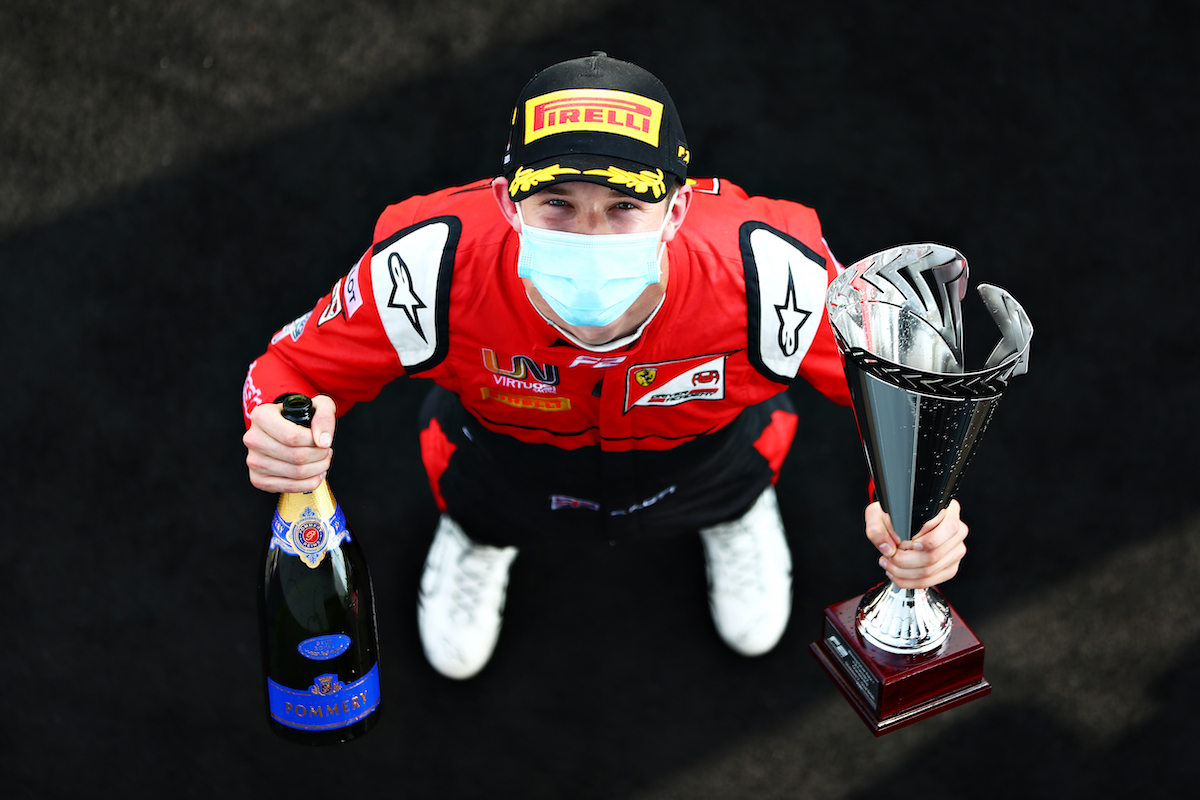 The pace wasn’t quite there for Ilott and Virtuosi in the sprint race that was held in cooler conditions, but he extended his points lead further as the Prema pair collided and Lundgaard suffered a puncture – leaving Yuki Tsunoda to become the eighth winner in 10 races.

Even when’s he not on the podium, Ilott is looking confident, and the pendulum has truly swung in his favour. He’s totally on top of team-mate Zhou, and after strong showings at the Red Bull Ring and Hungaroring, things have not gone the way of Prema (especially previous points leader Shwartzman) at Silverstone.

Every time he has spoken to Formula Scout in the press conferences over the past couple of weeks, Ilott has looked utterly composed, calm, and happy to joke around while still not mincing his words. Racing drivers always need to have the confidence to perform at their maximum, but for Ilott there is no evidence of it lacking in any way.

The toughest title challenger now looks like it may be ART rookie Lundgaard, who has already won once this year and has been a consistent podium threat for much of the time. But Shwartzman and Ilott’s former team-mate Mazepin (now with Hitech GP and the top scorer at Silverstone) must not be counted out. And with 60 points covering the top 10, it’s too early to rule people out.

The momentum this season has already shifted a couple of times. With five events left on the calendar, and at least two more expected to be added, there’s still so much more that could change. But what is certain is that Ilott is the man of the moment in F2, and this run of form he has embarked on could take some serious work from the rest to get on top of.

Ilott’s success and the rest of the stories from Silverstone are discussed in the latest Formula Scout podcast. Click below to listen, or head to Breaker, Google Podcasts, Overcast, RadioPublic, Pocket Casts, Castbox, Apple Podcasts and Spotify.