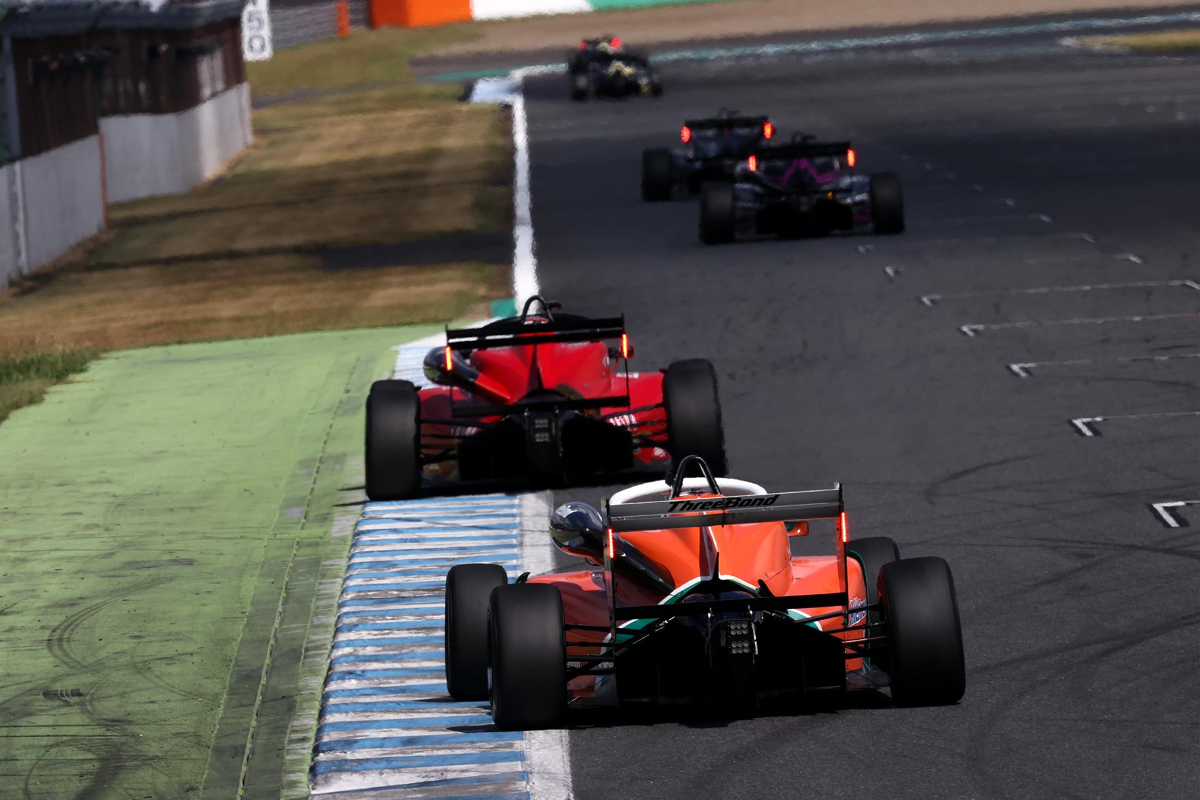 The sixth and final round of the season was scheduled to take place on October 1-3, but it’s now been postponed by two weeks and moved to Motegi.

The former IndyCar venue is already hosting round six of the championship on August 27-29, meaning six of the season’s 18 races will now be taking place there.

Super Formula, which SF Lights supports, runs for one round longer and after swapping its Okayama date for a second Motegi visit will conclude its season at Suzuka on October 29-31.

There has been a change to the grid for the second SF race at Suzuka later this month, with Nobuharu Matsushita joining the grid with B-MAX Racing.

Over winter it had looked like Matsushita would join the team, but after signing with Nissan in Super GT there was a veto from B-MAX’s engine supplier Honda over him racing for the team in SF and inexperienced American teenager Yves Baltas was signed instead.

While Baltas still awaits the visa required to enter Japan to race B-MAX’s #50 car, a surprise change of heart from Honda has enabled the team to make its first appearance of the year with Matsushita in its #51 car instead.

The 27-year-old is expected to remain in the seat for the five races after Suzuka too, and build on the part-season he had with the team in 2020 which culminated in a first series podium.

Former Honda junior and seven-time GP2/Formula 2 race-winner Matsushita had previously raced in SF in 2018 for Dandelion Racing, when he had claimed a best finish of fourth.