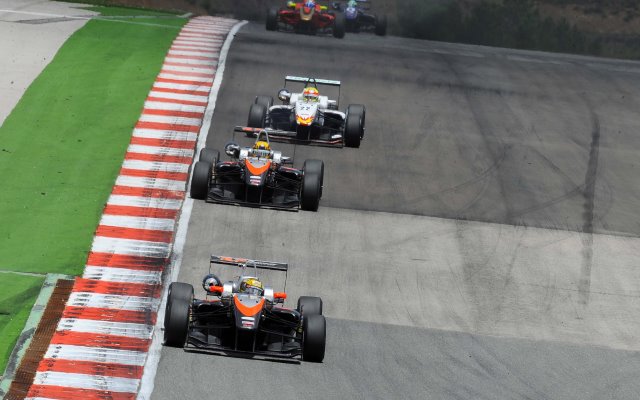 Sandy Stuvik took his second victory of the Euroformula Open season in race two at Portimao after a closely-fought battle with his teammate Artur Janosz.

RP Motorsport’s duo spent the whole race within a gap of one second. The Polish racer made one unsuccessful overtaking attempt during the race, which resulted in a minor collision between the two of them, however, both of them managed to continue without any issues.

Campos Racing’s Alex Palou recorded another podium finish by finishing third, which also secured his third position in the championship.

Contact between Konstantin Tereshchenko and Yarin Stern on the final lap caused the Russian to lose his rear wing, however, he impressively managed to keep his seventh position by finishing narrowly ahead of Nicolas Pohler, Tanart Sathienthirakul and Henrique Baptista.