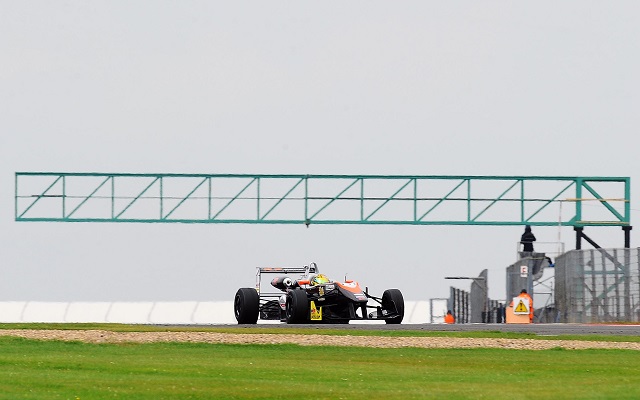 Sandy Stuvik extended his championship lead in Euroformula Open, having taken his second win out of two races of the Silverstone weekend.

The start was not ideal for the Thai driver as he lost his lead to fellow front row starter Yarin Stern.

However, Stuvik managed to reclaim first during the opening lap, forcing Stern wide, which also allowed Alex Palou to sneak through.

Although the Spaniard then followed Stuvik closely throughout the whole race, the Thai racer withstood the pressure and crossed the line first, celebrating his sixth victory of the season.

Andres Saravia and Tanart Sathienthirakul had a battle of their for sixth with Saravia successfully holding off the Team West-Tec driver at the checkered flag. The top ten was rounded out by Konstantin Tereshchenko, Nicolas Pohler and Dzhon Simonyan.