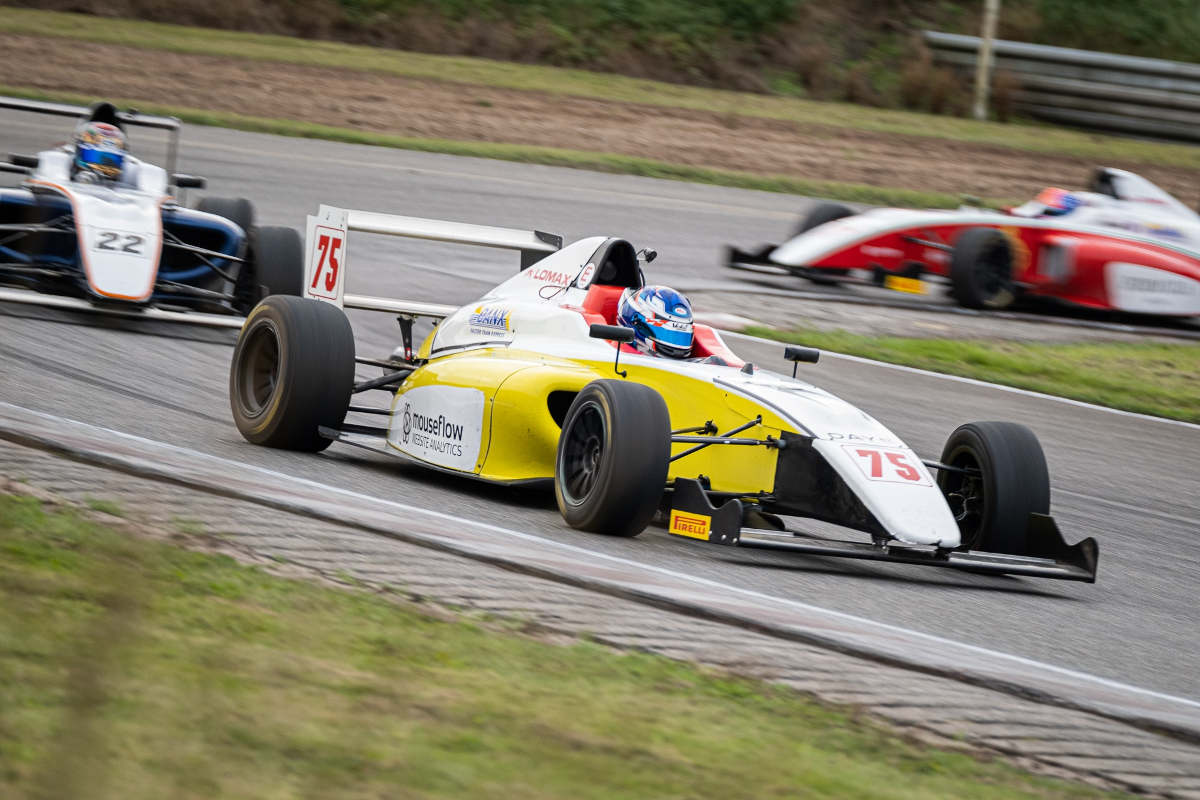 Noah Stromsted had to make an overtake for the lead twice to win the opening Danish Formula 4 race of the weekend at Ring Djursland.

The Team FSP driver started behind Formula 5 runner Mads Hoe, but launched past him at the start and led the opening lap from William Wulf and Juju Noda.

Wulf got past Stromsted for the lead on lap two, and he had to reclaim first place from his team-mate the next time around. Noda also went by Wulf on that lap, but couldn’t match Stromsted who slowly edged away until Wulf had a race-ending problem that led to the safety car being called out.

Hoe had fallen to eighth on the opening lap, but quickly earned back two places and with Wulf’s retirement moved up to fifth. On the safety car restart that became fourth as he passed team-mate Jacob Bjerring, and for the second half of the race the F4 drivers between Stromsted and Hoe spent their time looking in the mirrors at the chasing points leader.

While Stromsted edged away for a fourth win from six starts in single-seater racing, Hoe homed in on Emmo Fittipaldi and passed him for third. He wasn’t able to catch Noda, who finished 1.587 seconds behind Stromsted, but still extended his points lead.

The absent Jesse Carrasquedo Jr is now a distant eighth in the standings as he was excluded from the last round at Padborg Park for ignoring flags.