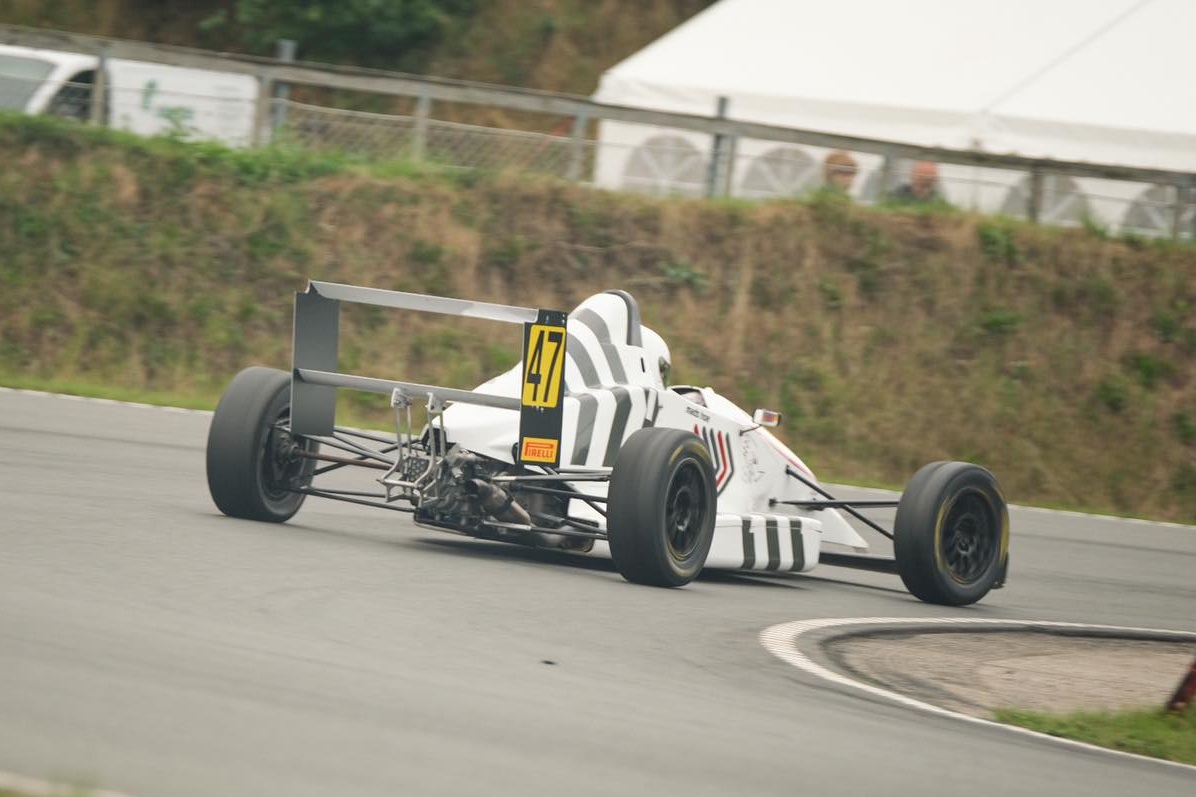 Mads Hoe put his Formula 5 car on pole for the third time in five attempts this year in Danish Formula 4 with a last-minute lap at Ring Djursland.

Qualifying on Saturday morning went on for longer than usual, as a late red flag stoppage brought about after the debuting Frederik Lund hit trouble meant the session was extended by a few minutes.

Prior to the red flag it was Team FSP’s Noah Stromsted who was provisionally on pole, having moved to the top after early battlers Juju Noda (Noda Racing) and William Wulf (Team FSP) stopped posting improvements.

At times Noda fell down as far was fifth before returning to top spot as she was at the head of the queue that exited the pits. Hoe became the first driver to lap sub-51s, but he got bettered by Noda who was one of few drivers who decided to stay on track for the entirety of the pre-red flag period.

Stromstead meanwhile pitted, and on fresh tyres he was then able to post several successive improvements that brought him from fourth to first, and by over a quarter of a second.

Hoe was back down to fourth at the time of the red flag, but once getting up to speed afterwards had enough time in the remaining additional minutes to post two flying laps. The first was a personal best but led to no position gain, but the second put him on pole by 0.020s as the chequered flag was waved.

Hoe’s F5 driver Jacob Bjerring qualified fifth, and a late improvement by Emmo Fittipaldi brought him up to sixth in the next of the F4 cars.

Sebastian Gravlund and Lund, factory kart drivers for Kosmic and Kart Republic respectively, ended up in eighth and 11th as they heralded the return of Team Formula Sport.