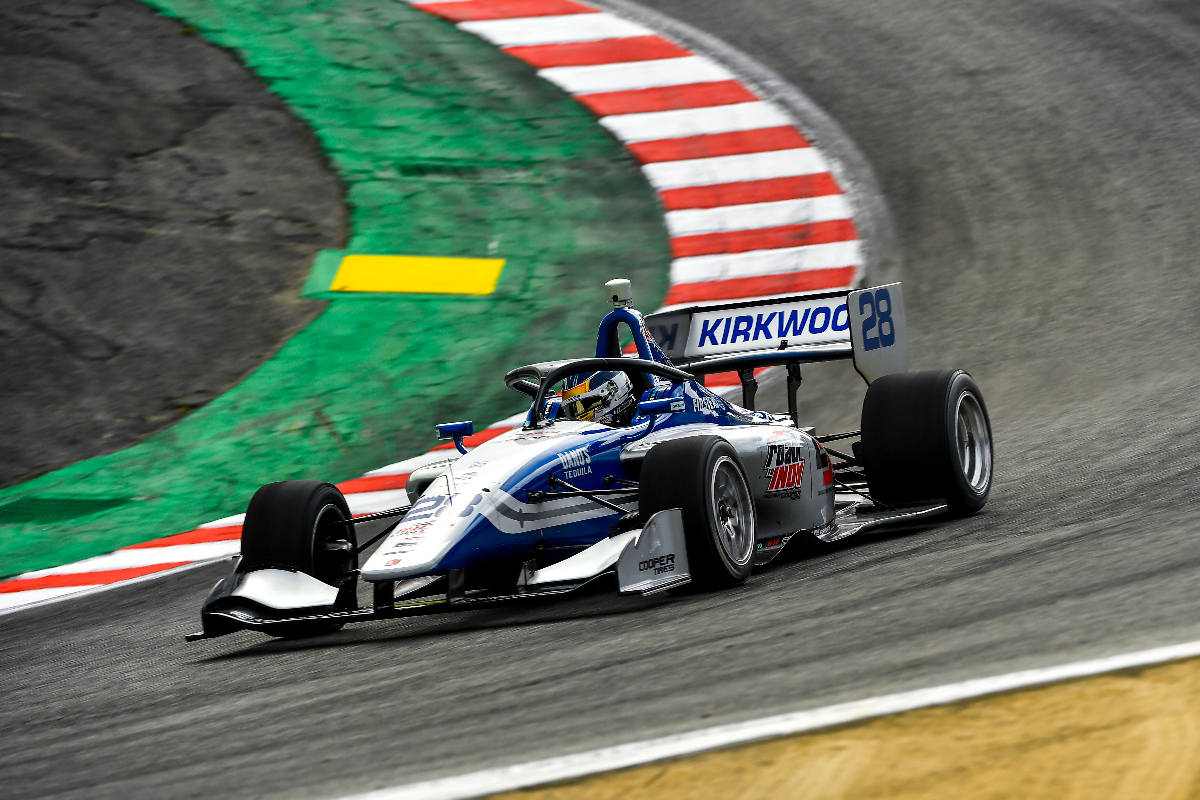 The Andretti Autosport driver already set the pace in the early stages of the session with a 1m15.6009s lap, the first one of the weekend to break the 1m16s barrier.

Linus Lundqvist, Devlin DeFrancesco, Danial Frost and David Malukas exchanged the rest of top five positions, but none of them could clock a lap within half a second of Kirkwood’s fastest.

All the drivers came into the pitlane with 15 minutes to go, in order to make some changes in the car that allowed them to improve their benchmarks.

Kirkwood was the first to go back out again. The American had already bettered his previous laptime two times before he put in a 1m15.0235s, which was unbeatable for the rest of the field.

Behind them, Lundqvist’s team-mate Benjamin Pedersen surprised in fourth, with Danial Frost following him in fifth.

The Canadian could only manage to qualify seventh despite being in the top five in the first half of the session and leading practice in the morning.