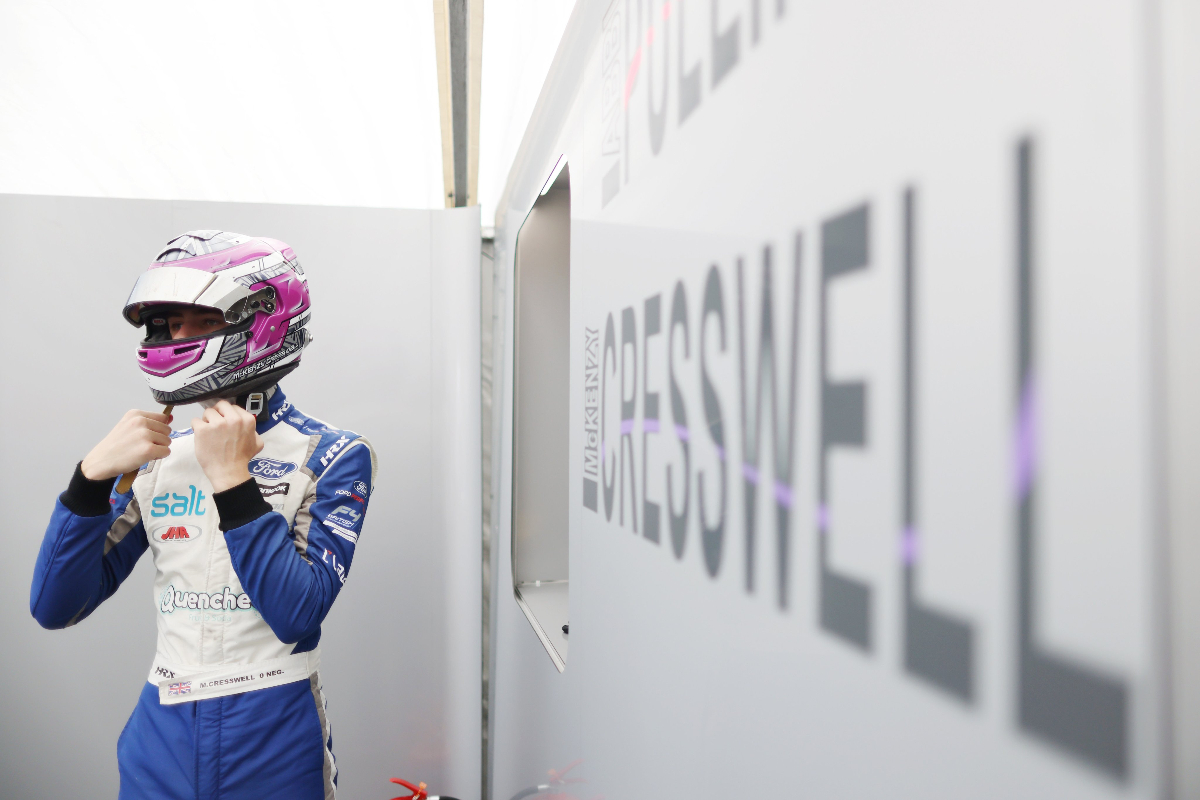 Cresswell took to the top of the timesheet in the latter stages of the 20-minute session with a 1m19.688s lap, while his second-fastest time was also good enough to narrowly take pole for the final race of the weekend.

After setting the fastest lap, Cresswell had a nervous wait in the pits while the rest of the field came through on their final runs. He was joined in the pits by championship-leading team-mate Matthew Rees.

It’s the first time Cresswell has topped a qualifying session, but the second and third poles of his career after starting the third race at Brands Hatch from the front based on second-fastest laptimes.

There was a red flag seven minutes into the Croft qualifying session as Carlin’s Dougie Bolger hit the barriers in the final sector. He was 12th at the time and fell down the order after. That means however he will start Saturday’s fully reversed grid from pole should his car be ready.

The main challengers to JHR’s pace-setting duo at the front were Joel Granfors (Fortec Motorsport) and Aiden Neate (Argenti Motorsport), but both came up short by about a tenth of a second.

One of Rees’s main title rivals James Hedley didn’t fare overly well. After his switch to Carlin mid-season, he has struggled to get on top of that package and will line up only 12th for race one of the weekend.

Argenti’s Matias Zagazeta, meanwhile, set the early pace but slipped down the order to fifth despite being just over a tenth off the pace. However, he will line up alongside Cresswell on the front row for race three.

Forming the remainder of the top five for the final race of the weekend will be Neate, JHR’s Joseph Loake and Rees.

On his series return following a switch to Arden, Georgi Dimitrov was 15th fastest.