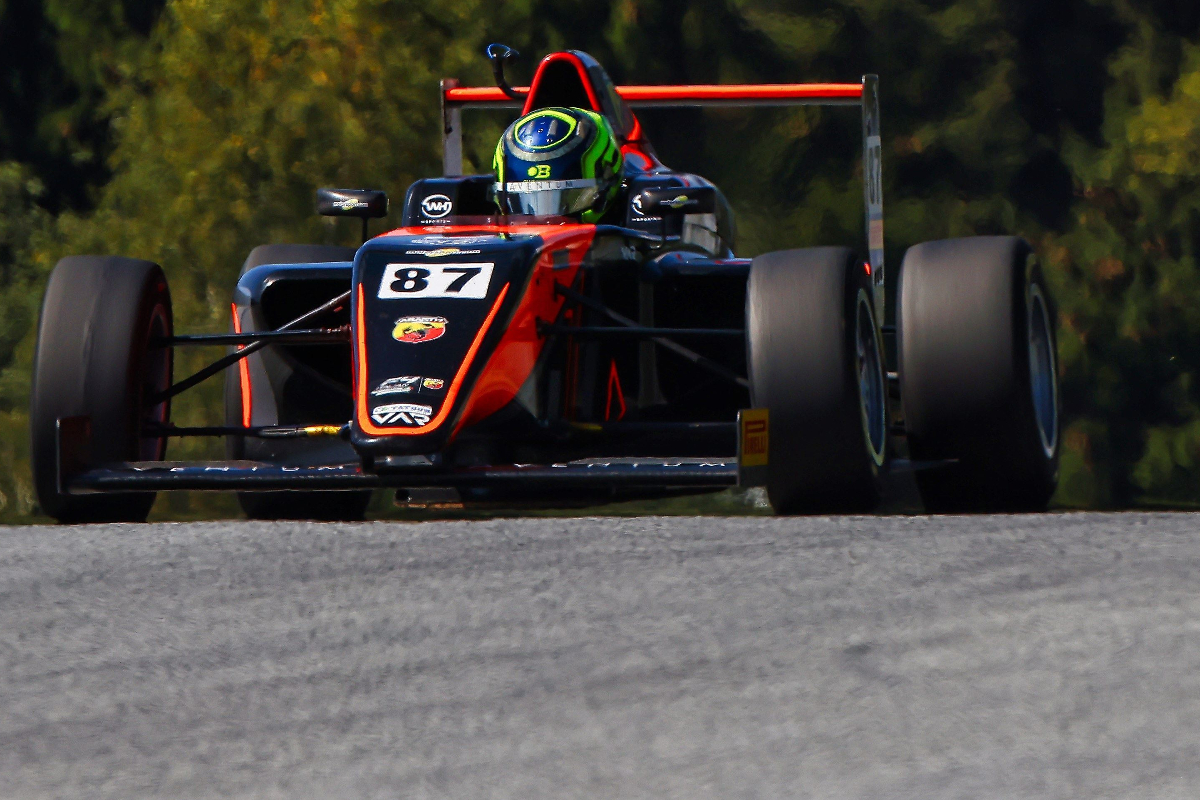 Ollie Bearman led the first ADAC Formula 4 race at Hockenheim from start to finish for his fifth win of the season and an extended championship lead.

Alex Dunne took second place on his series debut, followed by his US Racing team-mates Luke Browning and Tim Tramnitz.

Dunne was fortunate to be able to regain his third-place grid slot after running wide into the gravel at the Sachskurve on the formation lap.

Browning made an excellent start from fourth on the grid to split his team-mates and to take second at the first corner. However, Dunne was able to get back ahead into the Spitzkehre further round the lap. Though he was able to close the gap quickly to Bearman, he was never close enough to make a move on the leader.

Browning and Tramnitz completed the front group, which ran in close formation over the full 18 laps but without any serious overtaking attempts.

Fifth and sixth places went to US Racing’s Vlad Lomko and R-ace GP’s Victor Bernier, who both rapidly overcame their lowly starting positions. Lomko had started 10th on the grid as a result of a five-place penalty applied after the last race in Zandvoort, while Bernier had qualified 13th and last after problems on Friday.

Nikita Bedrin was seventh for Van Amersfoort Racing, having forced his way past team-mate Joshua Dufek into the stadium section on lap 14 of 18, with Dufek losing further places as he was forced to take to the gravel run-off.

Bearman extends his championship lead to 55 points, and Browning’s third place moves him from fifth to second in the standings with a one-point advantage over Tramnitz.

As Prema is absent, Bearman’s previous closest challengers Sebastian Montoya and Kirill Smal have dropped to fourth and fifth in the standings.