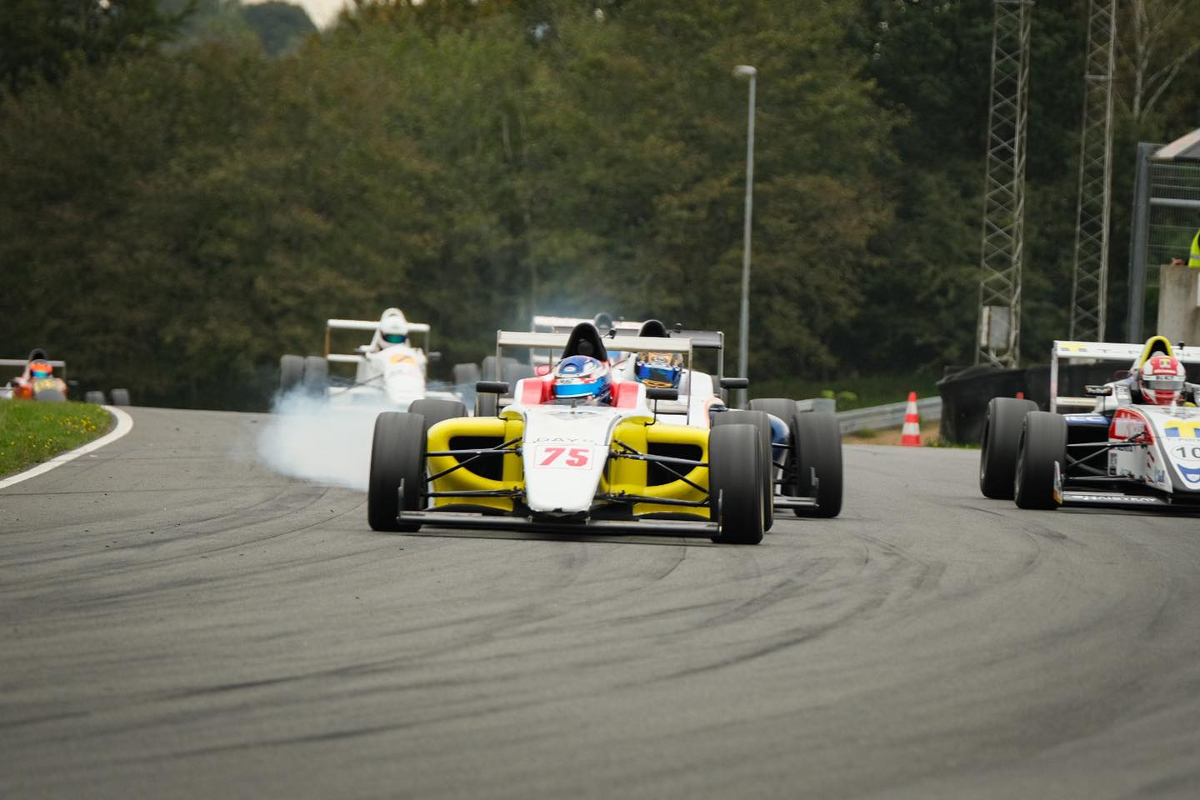 Team FSP’s rookie Stromsted started from fifth on the grid, and made up one position on the opening lap to slot in behind Sebastian Gravlund, Emmo Fittipaldi and Juju Noda.

After five laps there was just 0.85 seconds covering the top four, which now had Noda at the tail of it as Stromsted made a move for third place.

On the next lap he cleared Gravlund for second place and was just a third of a second behind new leader Fittipaldi, then he jumped out of his slipstream down the pit straight on the next lap to take the lead by 0.087s.

They ran together around the next tour of the sub-minute lap, and this time Stromsted crossed line just 0.088s ahead. His defences after that managed to shake off Fittipaldi though, and in the second half of the race he pulled away to finish 4.837s ahead and with five wins from seven races in his single-seater career.

As Stromsted was hastling Fittipaldi for the lead, the cars following closely behind had to be careful and that resulted in Gravlund and Noda dropping down the order mid-race.

Noda was able to recover her lost places, moving past Gravlund and then William Wulf for fourth. However Stromsted’s burst of late pace meant she finished 5.722s down on the winner, and just behind third-placed finisher Jacob Bjerring, when she had been less than two seconds behind while the lead was still being disputed.

Hoe started the race in seventh and rather unusually didn’t made any progress, actually getting passed by team-mate Mads Riis at one point. After that he then dropped to 11th, before taking to the pits late on and ending his race there.