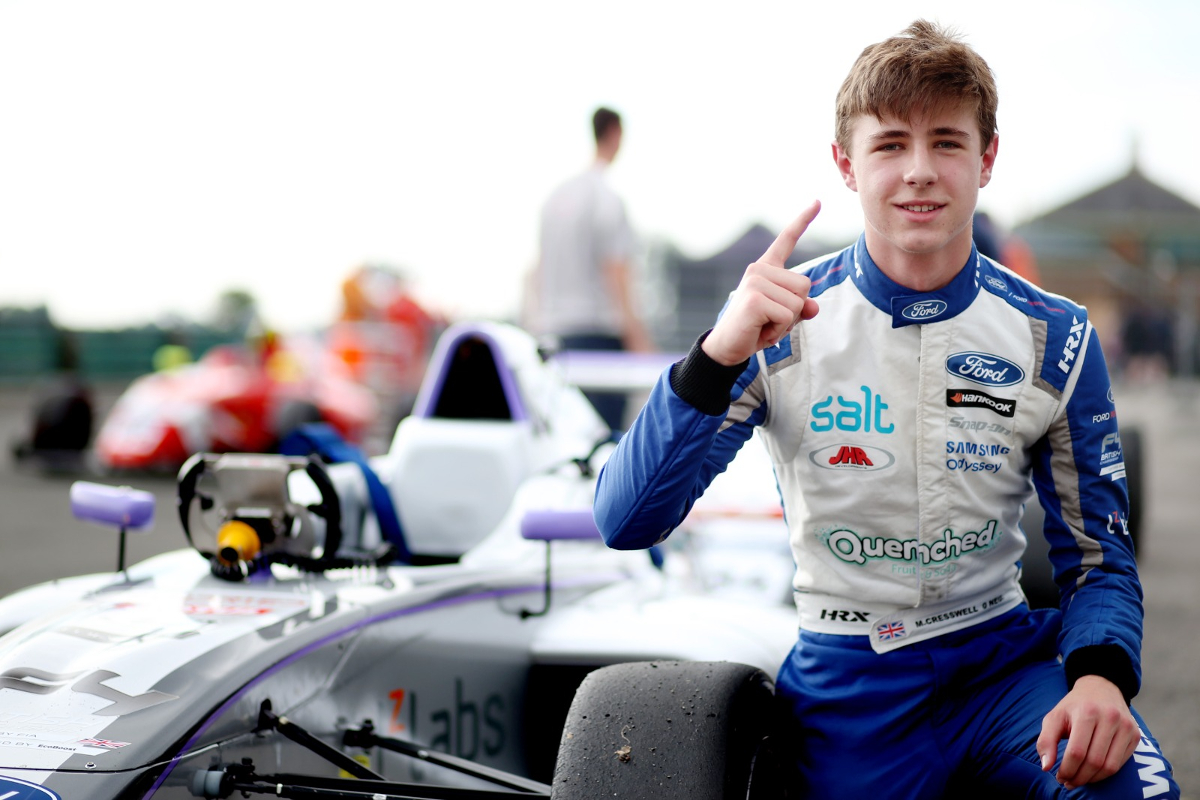 Cresswell pulled ahead on the opening lap from pole position, as team-mate Matthew Rees was overhauled by Fortec Motorsport’s Joel Granfors.

From there, Cresswell’s pace in the 20-minute race was stronger than Granfors’, and he was able to open up a three-second lead. By the end, the gap was 3.845s for Cresswell to take his third win.

Granfors took his third podium in as many races with second, while Rees found himself pressured throughout by title rival Matias Zagazeta.

JHR’s Joseph Loake rounded out the top five, ahead of Arden’s Zak Taylor and Argenti Motorsport’s Aiden Neate, who did not get a good start from fourth on the grid.

Outside title contender Oliver Gray was eighth, ahead of a long scrap over ninth place.

Argenti’s Eduardo Coseteng was under pressure throughout from Carlin’s Tasanapol Inthraphuvasak, with Argenti’s Marcos Flack also very much in the mix.

Long-time points leader James Hedley was in the ninth-place scrap, but could only finish 12th after starting 13th with his only progress being a late move on Carlin team-mate Kai Askey late-on.

Adren’s David Morales and Carlin’s Dougie Bolger swapped places on a couple of occasions, with returnee Georgi Dimitrov last of the 16 runners but having closed up to the rest of the train by the flag.