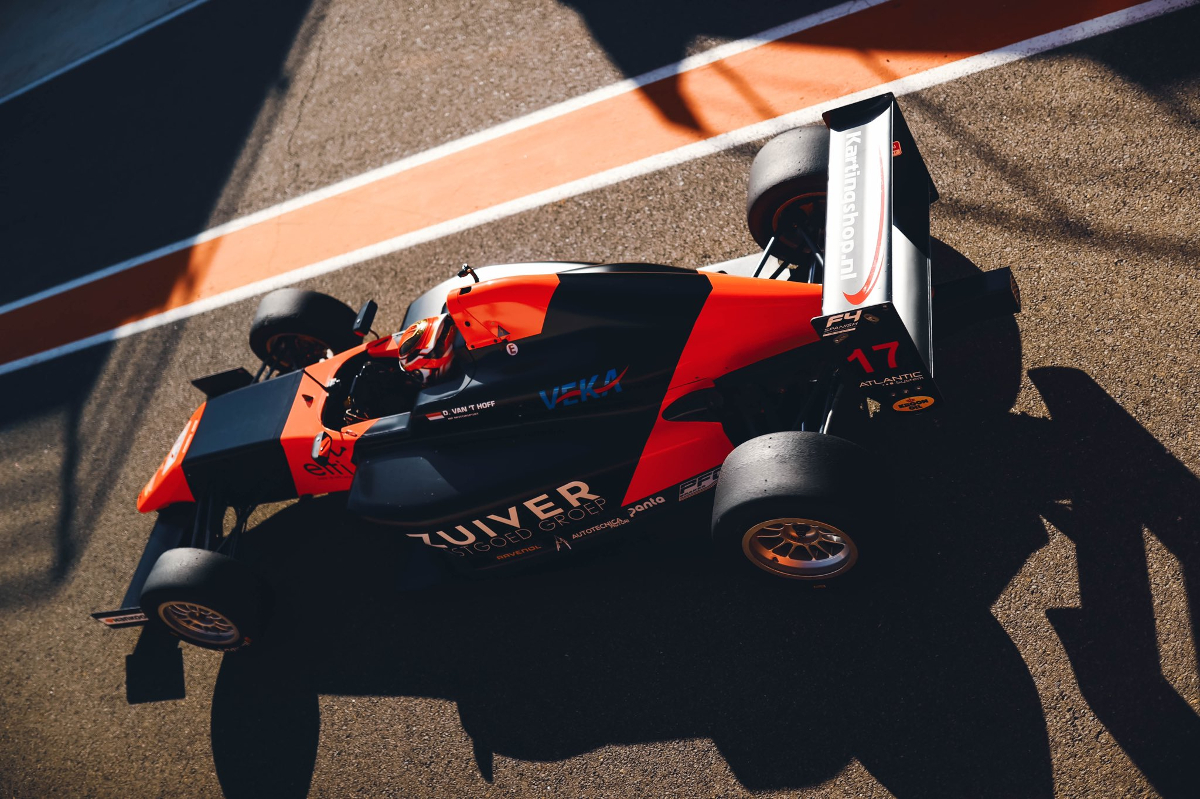 Dilano van’t Hoff picked up pole for the opening race of the weekend for Spanish Formula 4 at Valencia Ricardo Tormo, marking the eighth time he’s topped qualifying this season.

Remarkably the championship leader was down in 18th place with four minutes left to go of Saturday’s qualifying session, but with his fourth lap he leapt straight to the top.

His 1m34.00s benchmark but him 0.089 seconds ahead of MP Motorsport team-mate Noah Degnbol, and on his next lap he improved to a 1m33.449s. Only two other drivers were initially able to break into the 1m33s, and when a few more did on their final efforts it was too late as van’t Hoff went even faster and claimed pole with a 1m33.334s.

Global Racing Service’s Vladislav Ryabov looked on for a fine second place until Sebastian Ogaard (Campos Racing) and Daniel Macia (Formula de Campeones) pipped him at the end, with the trio covered by 0.066s.

Pepe Marti, Manuel Esperito Santo and Max Arkhangelskiy were the other three drivers to lap sub-1m34s, and all looked capable of making the front row at some point, while Degnbol was shuffled down to eighth after he failed to improve his pace towards the end of qualifying.