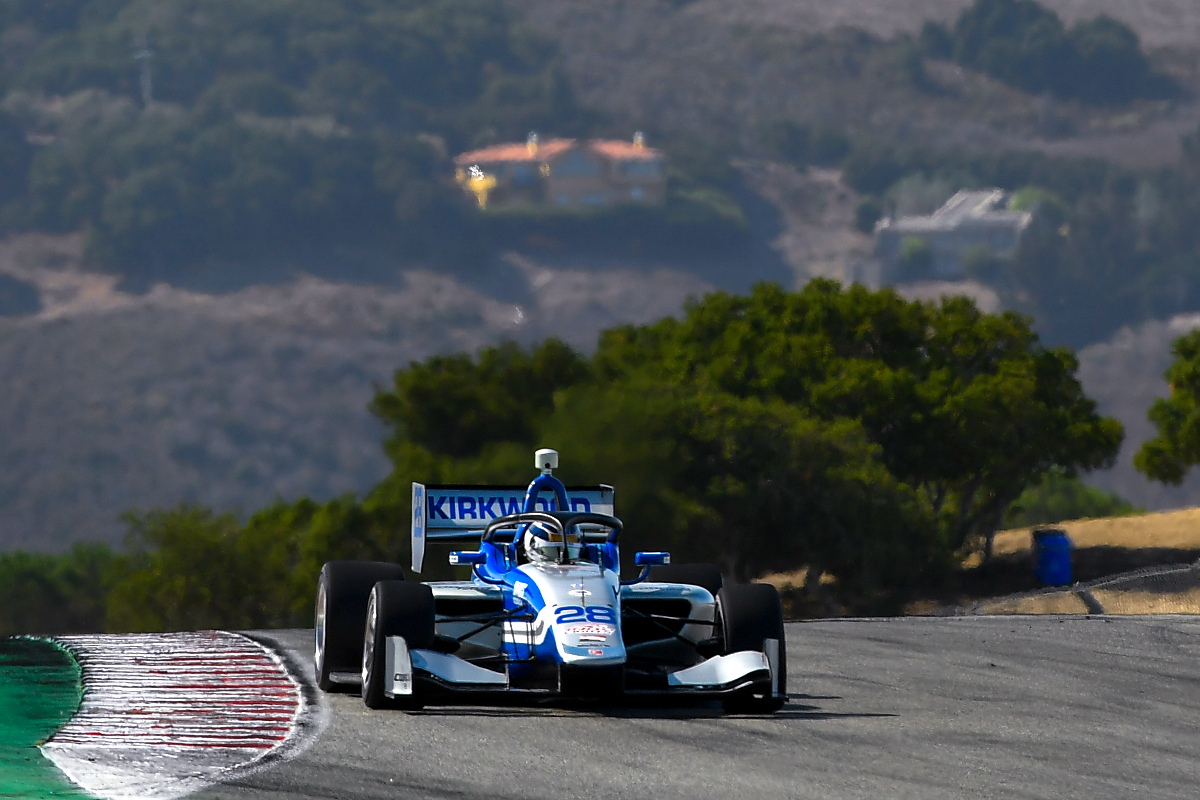 Kyle Kirkwood picked up from where he left off on Friday and made it two poles out of two at Laguna Seca in Indy Lights on Saturday.

This pole, the sixth of the season, helps the American to reduce his gap to championship leader David Malukas to just three points ahead of the weekend’s races.

Andretti Autosport’s Danial Frost led the session in the opening stages followed by Devlin DeFrancesco, both with sub-1m16s laps.

One last attempt before heading to the pits promoted Kirkwood to first place with a laptime six tenths slower than his own benchmark from Q1 the previous day.

Global Racing Group with HMD Motorsports’ pair Linus Lunqvist and Benjamin Pedersen bettered Kirkwood’s laptime as they went back out on track again. However, they didn’t last long at the top of the charts as Malukas and Frost beat them.

Moments later, Kirkwood closed a magic lap of 1m14.6939s, and that was enough for pole.

Malukas was still able to improve, going under the 1m15s barrier to secure second place but not close to Kirkwood.

It will be Lundqvist who will start third in Sunday’s race with Frost alongside him. Pedersen rounded off the top five. Similar to yesterday, DeFranceso lost pace in the second part of qualifying and finished down in ninth place.

Carlin’s Christian Bogle ran off the track at turn 10 in the last minute of the session, but no one had their lap affected.