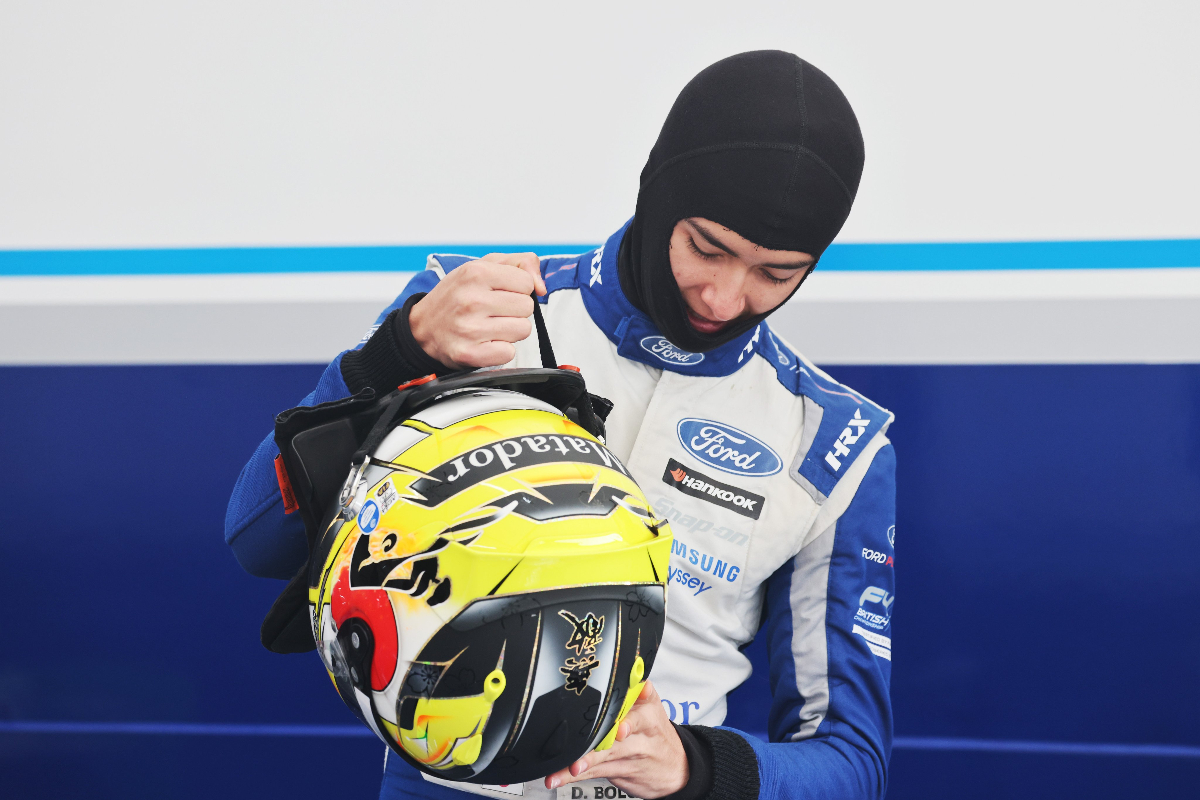 Bolger started the 20-minute reversed grid race in the dusk from pole after a crash in qualifying, but didn’t get a decent start at the front. He was attacked by Arden pair David Morales and Georgi Dimitrov, but the team-mates made contact at the first turn.

Morales was out on the spot, while Dimitrov was able to continue. As the safety car was called, Aiden Neate, Joseph Loake and race one winner McKenzy Cresswell all came to grief too. Loake pitted, while Neate and Cresswell were both eliminated.

The race resumed with 11 minutes remaining, with Bolger leading Kai Askey and Inthraphuvasak in a Carlin 1-2-3.

Inthraphuvasak lunged past Askey for second with five minutes remaining, before starting to pressure Bolger out front.

He tried on a couple of occasions including into Tower, one time locking up, but was unable to make his way through.

A Carlin podium sweep was denied as Argenti Motorsport’s Maros Flack got by Askey in the closing stages of the race after the latter ran wide as they made light contact.

Argenti’s Matias Zagazeta made plenty of places on his way to seventh, as did Fortec’s Joel Granfors – both picking up a decent number of points as a result.

Championship leader Matthew Rees was ninth, ahead of the recovering Dimitrov. JHR Developments’ Joseph Loake and Arden’s Zak Taylor were the last of the 12 finishers as Argenti’s Eduardo Coseteng pitted on the final tour after running in the top six for much of the race.