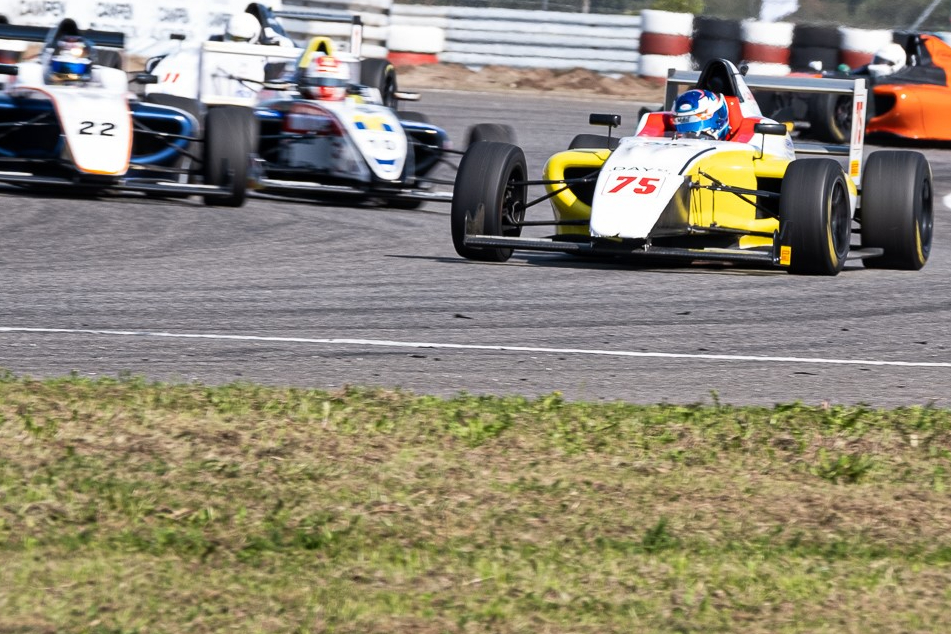 Noah Stromsted completed a triple win at Ring Djursland with victory in the final Danish Formula 4 race of the weekend.

The 14-year-old started on pole and was unchallenged throughout, although his team-mate Emmo Fittipaldi kept with him through the first third of the 17-lap race, and he met the chequered flag with 4.438 seconds in hand.

Fittipaldi started alongside Stromsted on the front row, and was pressured by Juju Noda on the opening lap until one of the front brake caliper’s on Noda’s car failed. It led to an incident that wrecked the front-left of the car, broke the front wing off and put her out of the race.

The safety car was called out on lap two while her car was recovered, and when green flags were waved the top two broke away.

Jacob Bjerring initially ran in third place in his Formula 5 car, but it didn’t take long for him to be passed by Team FSP’s William Wulf and then fall into the clutches of his team boss Mads Hoe too.

Once Hoe made it past him into fourth he wasn’t able to give chase to Wulf though, and had to settle for fourth place and as reduced points lead over Fittipaldi. However the Sauber junior is now the only driver mathematically able to stop him from becoming champion.

Team Formula Sport, returning to single-seaters after a lengthy period away, got both of its drivers into the points as Sebastian Gravlund led the debuting Frederik Lund home in seventh and eighth place respectively.

Issues prevented Lund from being part of the action in the first two races of the weekend, but his race three run was clean and included overtakes.