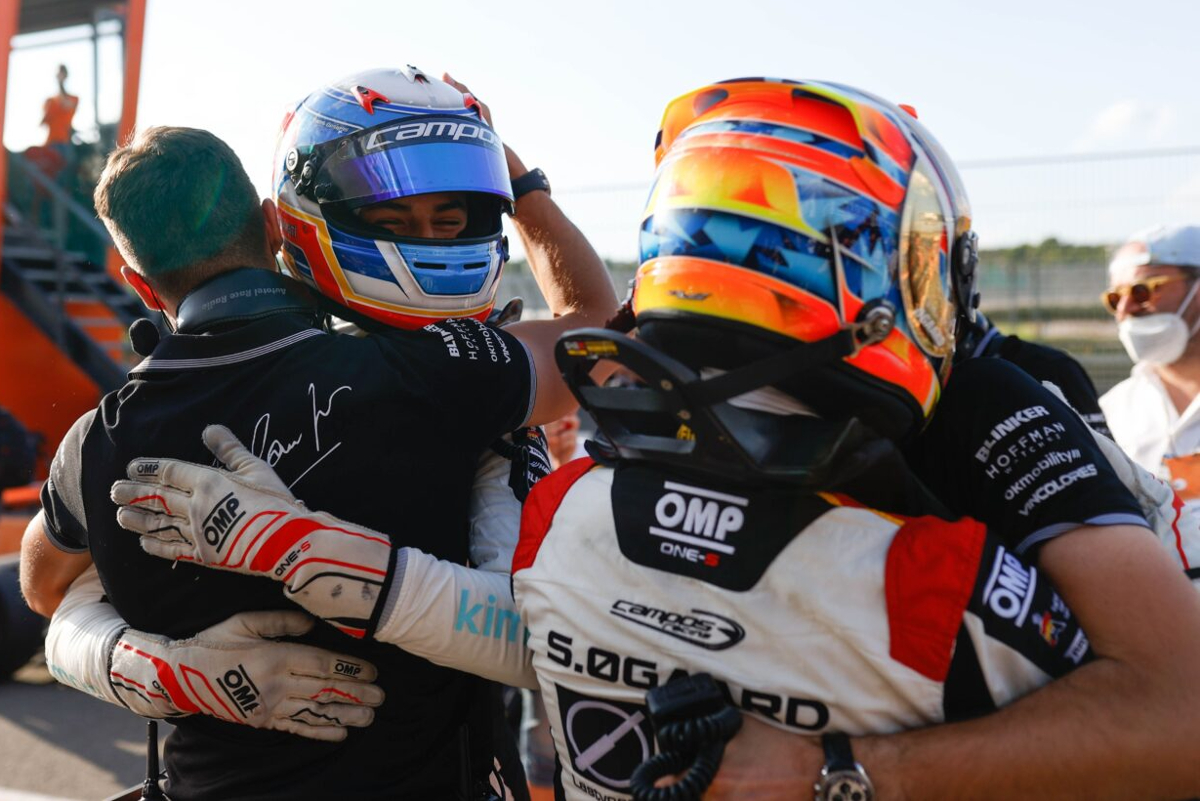 Sebastian Ogaard won the Spanish Formula 4 opener at Valencia Ricardo Tormo after taking the lead at the start, in what was a perfect afternoon for Campos Racing.

The Dane crossed the line over 10 seconds ahead of team-mate Pepe Marti in a Campos one-two on home soil for the team.

A blistering start from Ogaard immediately earned him the lead, while poleman Dilano van’t Hoff dropped to second place.

The safety car was deployed before the end of the lap to recover Guilherme Oliveira’s car from the gravel. He was able to rejoin the race after the marshalls pushed him back to the track.

Daniel Macia passed van’t Hoff for second place on the restart, just after the finish line. However, the championship leader wouldn’t give up the position easily.

The battle between the two ended up with van’t Hoff losing his front wing after tapping Macia’s rear-right tyre, causing a puncture which forced him to retire.

Having to pit for a new front wing ended up with van’t Hoff’s hopes of a good result too, and he finished 20th but with a point for fastest lap.

It was also an eventful afternoon for Vladislav Ryabov. The Russian had recovered from a really bad start by making some bold moves on Gil Molina and Suleiman Zanfari to gain sixth place. Unfortunately, mechanical issues in the closing stages of the race resulted in him dropping again to the back of the pack.

He was also handed a 2s penalty, while Oliveira copped one of those and then a 30s penalty that meant he was classified in last place.