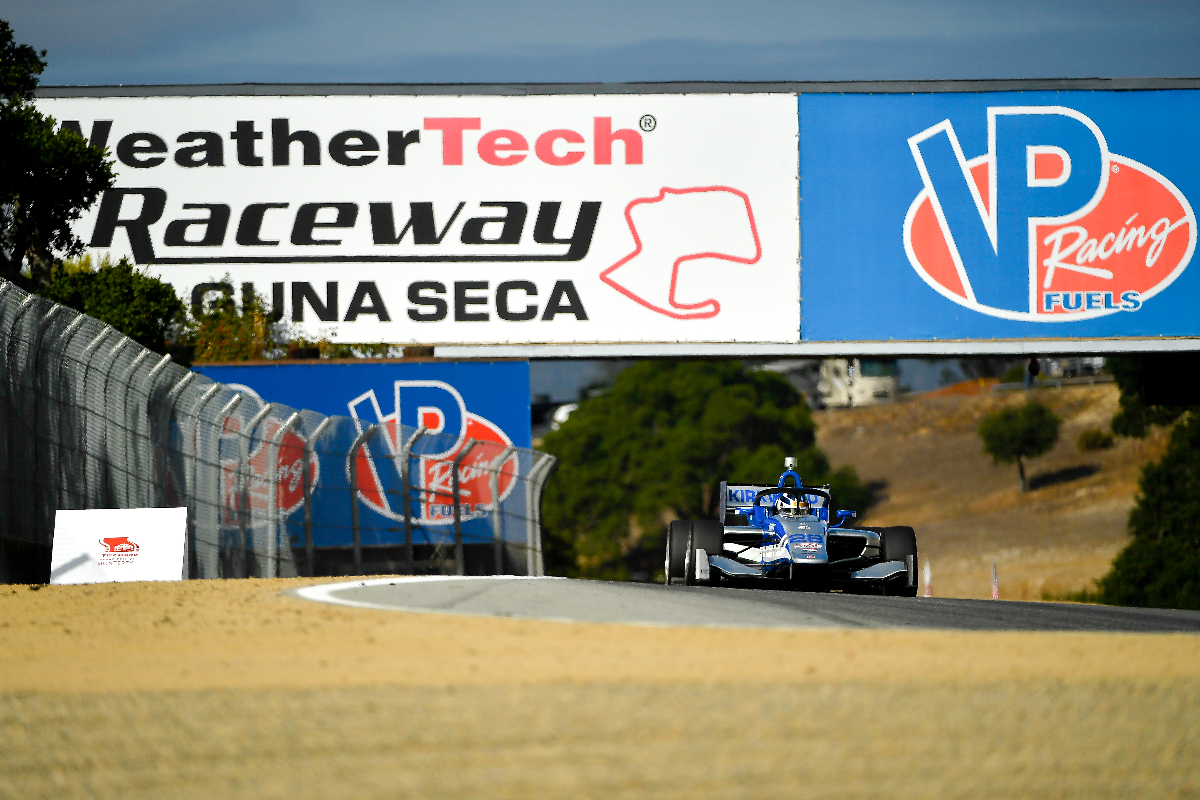 Kyle Kirkwood was unbeatable in Indy Lights race one at Laguna Seca, taking victory by over six seconds despite a full course yellow mid-race.

This win returns the Andretti Autosport driver to the top of the standings by eight points over David Malukas, who came fourth.

Poleman Kirkwood held on to the lead at the start despite Lundqvist attempting a move around the outside of turn two.

Juncos Hollinger Racing’s Rasmus Lindh overtook Andretti’s Danial Frost for fifth place on lap two, and he stayed there for the rest to achieve his first top-five finish

On lap seven of 30, Malukas went off at the outside turn four when he was chasing down Lundqvist for second place. This resulted in the HMD driver losing third place to Pedersen, who was right behind him at that moment.

A mechanical failure led to Carlin’s Christian Bogle going off the road at turn two, and subsequently retiring from the race. A full-course yellow was then deployed to pick up the car as well as to clean the fluids it had leaked on track.

This put Lundqvist, Pedersen and Malukas again on Kirkwood’s tail, as the race leader lost his advantage of over seven seconds.

However, that wasn’t much of a problem for Kirkwood, who made good use of his superior pace to open a comfortable gap again in just a couple of laps.

Devlin DeFrancesco would finish the line sixth on the road, but his FCY restart is under investigation for pushing Frost off the track while trying to pass him in the last corner.

DeFrancesco’s action made Frost drop to ninth place, where he ended the race.