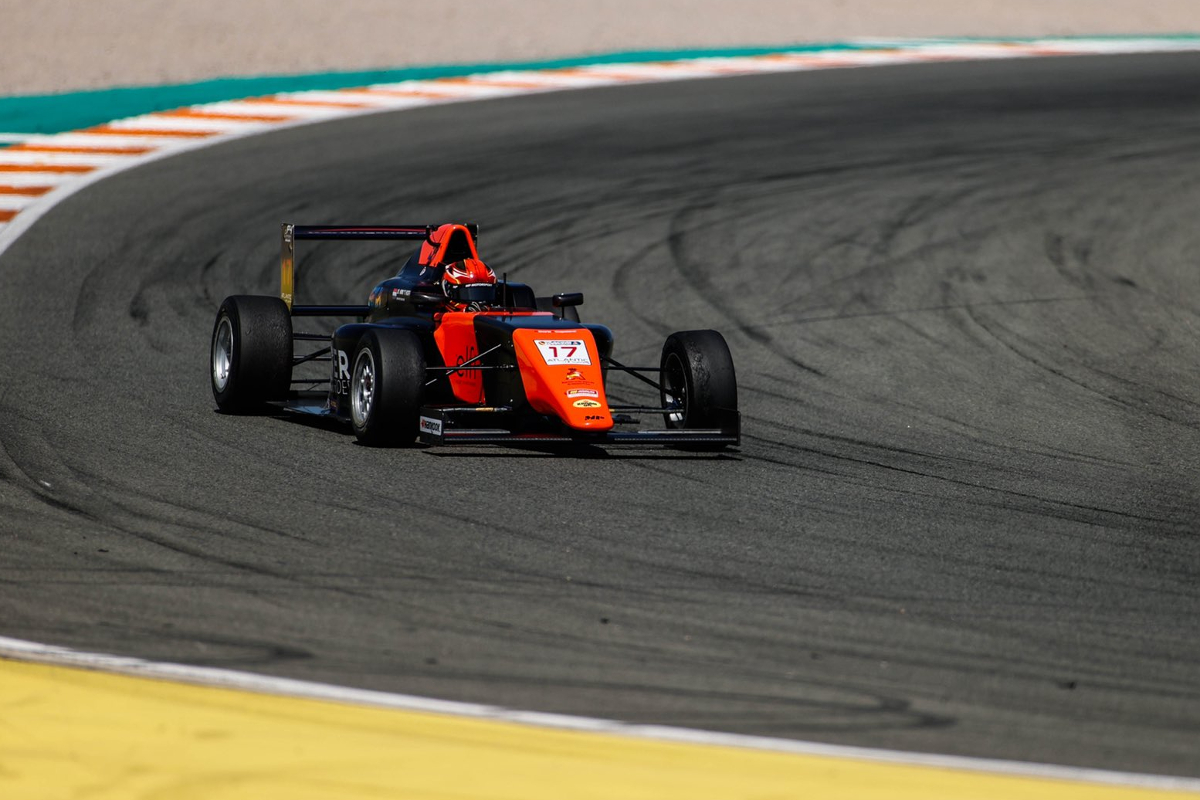 The Dutchman took pole for race one on Saturday, and his second-fastest lap in that day’s qualifying session has put him on pole for race two on Sunday.

He shares the front row with Sebastian Ogaard, the winner of race one, and was 0.357 seconds faster than the Dane.

There was a separate qualifying session to set the grid for the longer race three, and again van’t Hoff was fastest.

This time he bettered Ogaard by 0.467s to claim his 10th pole of the season, and Formula de Campeones’ Quique Bordas was the only other driver within half a second of the pace.

Filip Jenic (Teo Martin Motorsport) and Suleiman Zanfari (MP Motorsport) were a closely matched fourth and fifth, while title contenders Marti and Macia this time were only sixth and seventh.

However post-qualifying there were many laps deleted due to track limits violations, and that promoted Jenic onto the front row alongside van’t Hoff. Zanfari and Ogaard will now fill row two, ahead of Marti, Ryabov and Macia.

Bordas drops from third to ninth, with his best lap that stood being 0.772s off pole.