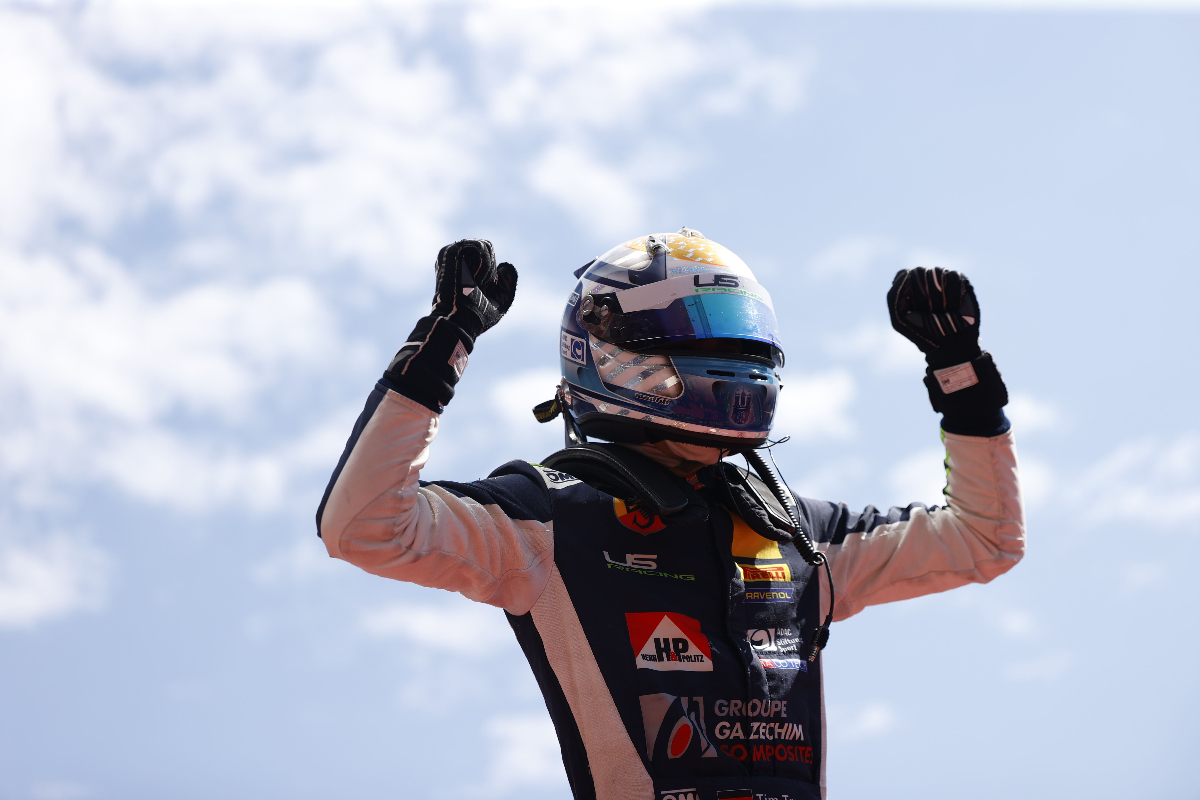 US Racing’s Tim Tramnitz came through some early battles to control race two of ADAC Formula 4’s Hockenheim round.

Alex Dunne finished second again, following on from his highly-impressive series debut, while Luke Browning rounded out the podium.

Tramnitz was initially beaten off the line by championship leader Oliver Bearman, but he was already back alongside the Brit as they braked into the first hairpin.

The German had to cede the position after running wide at turn seven, which gave Dunne a run at his team-mate in front of the Mercedes grandstand. The Irishman’s speculative move, however, led to him losing a spot to Browning.

With his team-mates squabbling over the last podium position, Tramnitz lined up numerous moves on Bearman without success, before ambitiously poking his nose up the inside of the hairpin on the fourth lap, locking up in the process.

While unsuccessful in the move initially, it was enough to disrupt Bearman’s rhythm, and the German completed the overtake in turn eight.

However, he pushed the leader wide in the process, which left just enough space for an opportunistic Browning to take the lead of the race.

Bearman appeared to lose his composure after being pushed wide as he lost places to Dunne and Joshua Dufek in quick succession, dropping to fifth having led the race just a few corners previously.

With Bearman out of contention, the US Racing trio ran nose-to-tail for the next lap until Tramnitz managed to successfully pull off the move in Browning he’d attempted on Bearman numerous times already.

The German lined up to go around the outside into the hairpin, but switched to the inside line through turn seven to take the lead.

Alex Dunne pulled off an identical move on Browning to take second the next time by, and Browning then fell off the back of his team-mate and into the clutches of Bearman, who made quick work passing Dufek for fourth, but could not find a way past Browning and so had to settle for finishing off the podium for the third time this season.

Dufek eventually finished fifth, over five seconds behind his Van Amersfoort Racing team-mate Bearman, while Vlad Lomko took sixth in the final US Racing car. Seventh belonged to Nikita Bedrin, who rose from 10th on the grid, and Bence Valint had to settle with finishing where he started in eighth.