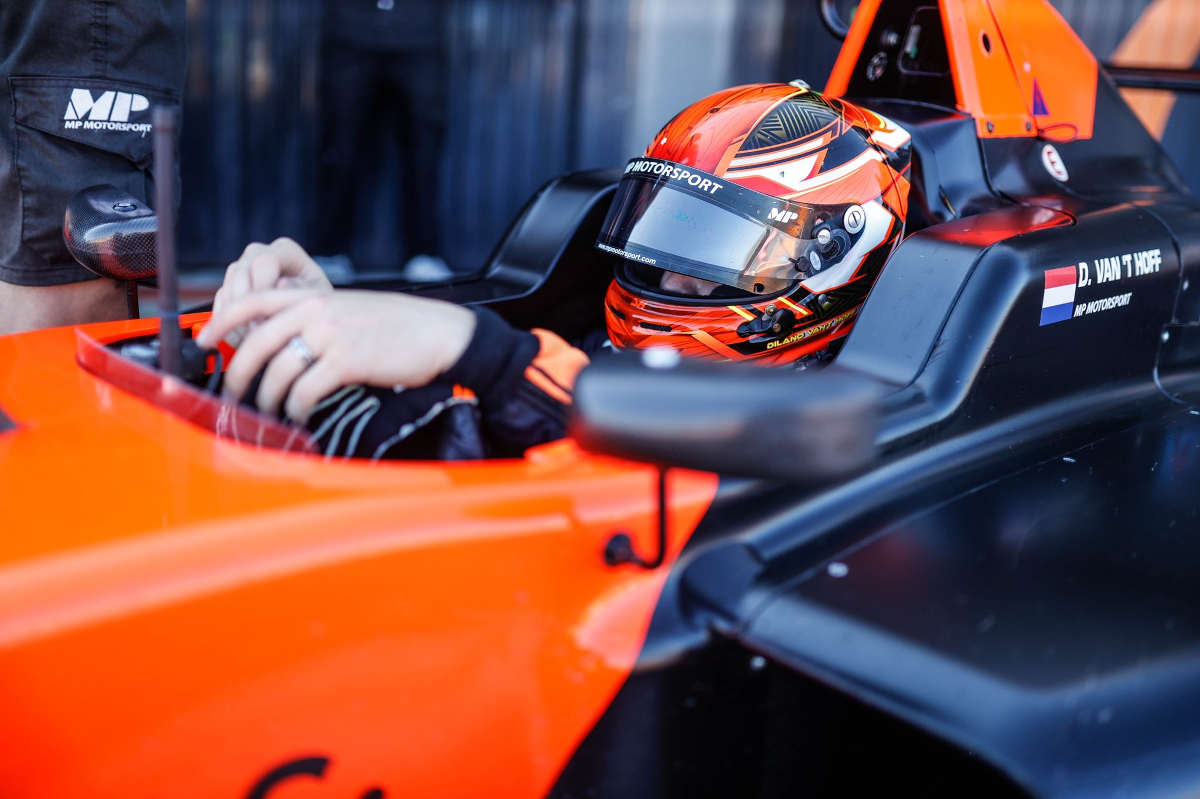 Another brilliant getaway from race one winner Sebastian Ogaard gave the Campos Racing driver the lead ahead of van’t Hoff before the first corner.

Formula de Campeones’ Daniel Macia also had a good start, moving from fifth up to third place. Pepe Marti meanwhile stalled on the grid, losing many positions before he could get going.

There was even more chaos on lap one, with MP Motorsport’s Manuel Espirito Santo making contact with Drivex School’s Max Arkhangelskiy.

Espirito Santo was forced to retire as a result of the incident while Arkhangelskiy continued to finish 17th on the road.

By the halfway point of the race, the leading pack had been reduced to four cars. Ogaard resisted the pressure from van’t Hoff, who was followed closely by Macia and Global Racing System’s Vladislav Ryabov in the battle for the podium.

Van’t Hoff increased his pressure on Ogaard with just two minutes to go to the end of the race, forcing the Dane to make a mistake. Ogaard locked up at turn 11, allowing van’t Hoff, Macia and Ryabov to pass him going down to the last corner.

Macia also passed Van’t Hoff in the main straight, but then van’t Hoff, Macia and Ryabov ran off the track at turn one, allowing Ogaard to recover the distance he had just lost.

This fight also allowed MP Motorsport’s Rik Koen to close up, and join the fight for the podium.

Koen, who had started from 10th on the grid, would ultimately take the last podium place after Ryabov, third on the road, was penalised for exceeding track limits.

The penalty put Ryabov down to sixth, with Ogaard being fourth and Quique Bordas fifth.

Macia, who took the chequered flag first, was also handed a two-second time penalty, which dropped him to second place behind championship leader van’t Hoff.