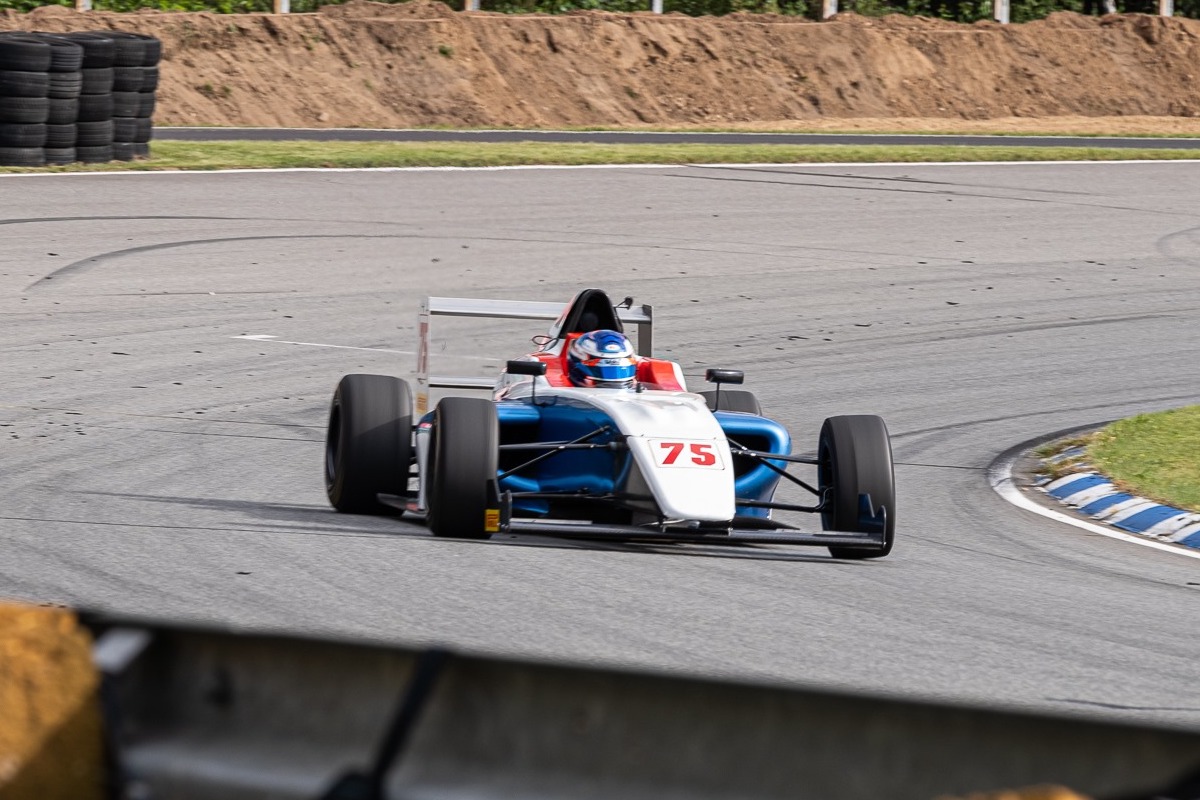 The race took a while to get going with third-place qualifier Juju Noda being pushed off the grid, with engine issues she said had carried over from the qualifying session, as was Stromsted’s father Morten.

Stromsted Jr got away well from pole position as three cars tussled for second place on the run to the first corner, with William Wulf emerging ahead of Mads Hoe and Emmo Fittipaldi.

Formula 5 driver Hoe overtook Wulf into Turn 1 on lap three, by which point Stromsted was a comfortable 2.6 seconds clear. His lead was eliminated however by a safety car after Jan Lyloff stopped.

Jacob Bjerring had earlier passed Fittipaldi for fourth but pulled his F5 machine off track under the safety car and retired.

After the race restarted with five laps to go, Stromsted – who reached the championship’s minimum age of 14 less than a month ago – pulled away once more and took victory by over three seconds.

Hoe took second to increase his championship lead over Wulf, who was coming under pressure from Fittipaldi at the finish.