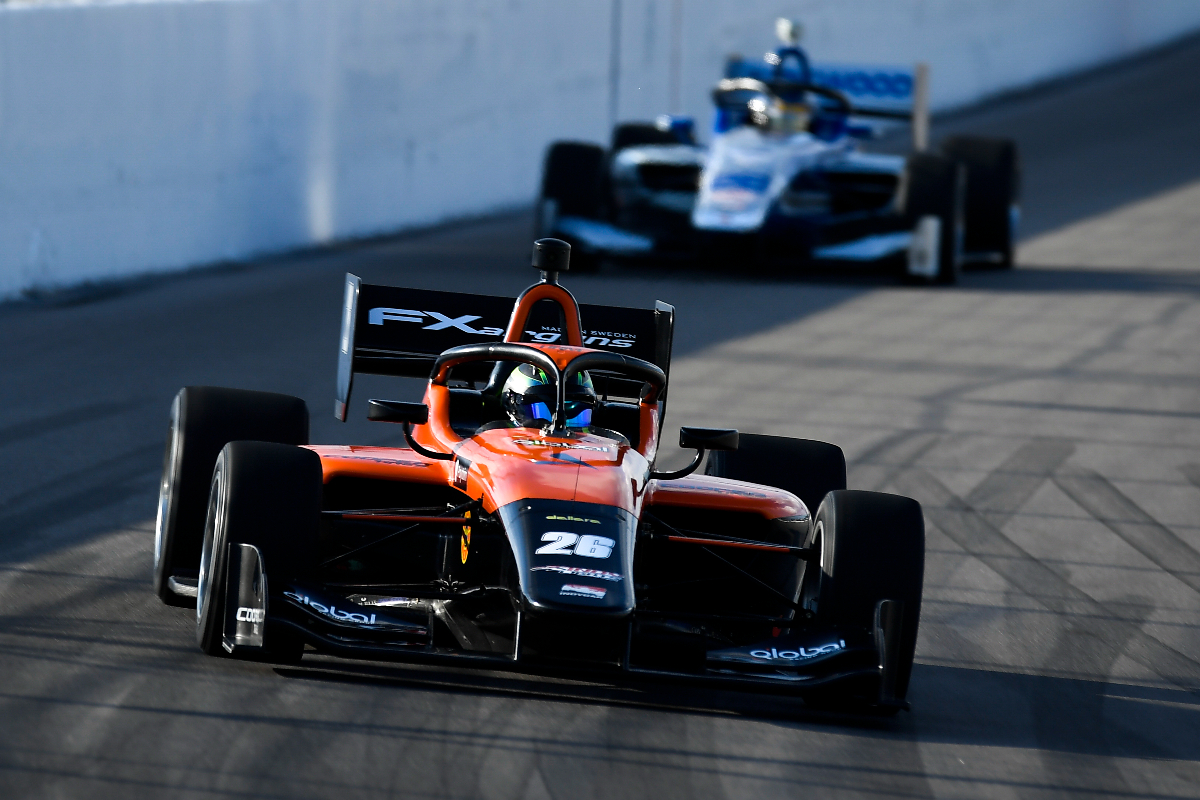 Indy Lights has changed the format of this weekend’s second race on the Gateway oval following tyre wear concerns in Friday’s race.

The race was supposed to run for 75 laps, but during the caution period following Lundqvist’s crash it was decided to wave the chequered flag after just 66 laps for fear of further tyre problems if the race returned to green flag action.

Saturday’s race will now run to 70 laps but with a unique format. At the halfway point of the race the race will go under caution and then be red flagged. All drivers remaining in the race will head to the pitlane, and the front-right Cooper tyre will be changed. However they won’t be fresh tyres, as they will instead be the ones used in the warm-up session.

It was HMD’s David Malukas, winner of Friday’s race, who set the pace in warm-up by 0.0119 seconds over Andretti’s Kyle Kirkwood and with an average speed around the lap of 157.946mph.

Benjamin Pedersen was third fastest in what is now the only GRG car competing, as the damage to Lundqvist’s car from the crash means he has now switched to HMD for race two and taken over the car raced by Nikita Lastochkin earlier this season.

Lundqvist went fourth fastest in what was his first ever running in the chassis, and was just 0.0756s slower than team-mate Malukas.

Serravalle sat at the top of the times for much of warm-up but ended the session down in 11th place.