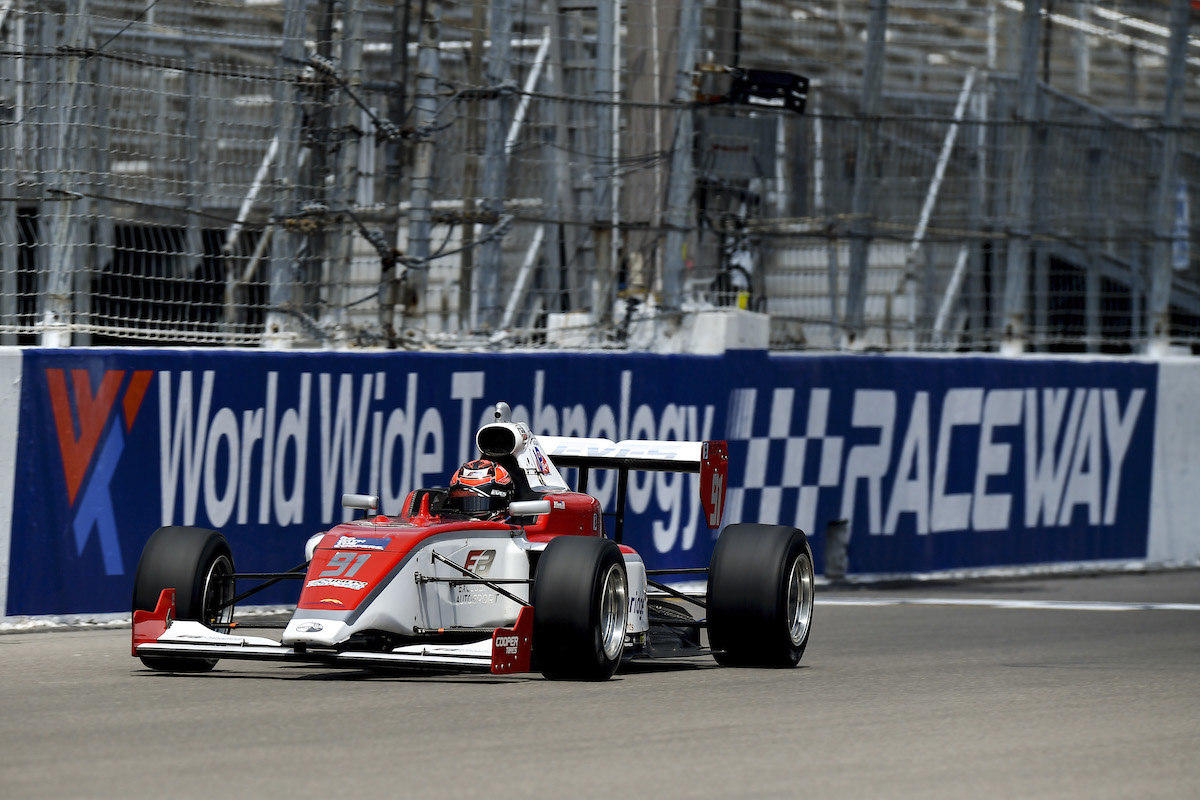 Braden Eves kept a charging Christian Rasmussen at bay to score his third win of the Indy Pro 2000 season on the Gateway Motorsports Park oval.

Eves took the lead away from polesitter James Roe into the final turn on the first lap, but any efforts to build a gap were thwarted by a collision between his Exclusive Autosport team-mate Artem Petrov and Jack William Miller over sixth place on lap seven.

Both cars were sent hard into the wall but the two drivers appeared to get out unhurt, although the clean-up operation was lengthy and a third of the 55-lap race was done before it could restart.

Championship leader Rasmussen had qualified a lowly seventh but recovered rapidly to third at the start of the race, and at the restart he moved past Roe for second place. Hunter McElrea followed him past for third.

Jay Howard Driver Development’s Rasmussen quickly caught up with his chief title rival Eves, and at one stage took a tentative look to the inside, but Eves stayed out front and returned to victory lane for the first time since St Petersburg in April.

Roe only just held off Nolan Siegel, who took a very impressive fifth on his series debut with the returning DEForce Racing team.