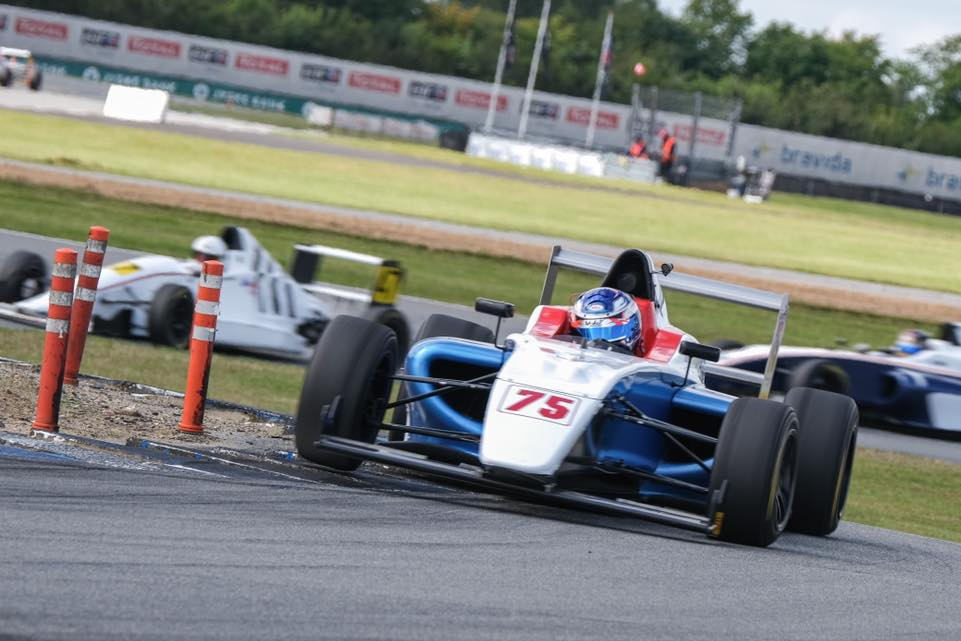 Stromsted started the third and final race of the weekend from pole and led away at the start as battles took place behind.

William Wulf took second in the opening laps before a safety car was called after JEL Racing’s Laura Lylloff beached herself in the gravel.

Racing resumed halfway through the race, and Stromsted began to open up a sizeable advantage to Wulf and championship leader Mads Hoe.

The pair battled hard, with Formula 5 racer Hoe getting the upper hand in the closing stages of the race for second overall.

Shortly afterwards, while trying to regain the position, Wulf too ended up beached in the gravel. That handed third to team-mate Emmo Fittipaldi, who didn’t have a great opening lap and had dropped behind the F5 runners.

Such was Stromsted’s advantage, he opened up a nine-second lead over Hoe, before easing off on the final lap.

Not far behind Fittipaldi at the end was Noda, who started at the back of the pack after not taking part in earlier races in the weekend due to engine issues. She climbed up to fourth but was unable to make a move stick to sneak onto the podium and is now down to eighth in the standings.

Behind the podium battle, Mads Hoe Motorsport’s Mads Riis got by team-mate Jacob Bjerring early on for what would be fifth position, while SD Racing’s Frederik Stena, Sonderskov Motorsport’s Line Sonderskov and MHM’s Millie Hoe rounded out the top 10.

Jan Lylloff was the other finisher, a lap down, while Stromsted’s father Morten also retired from the race for an unspecified issue about halfway through.