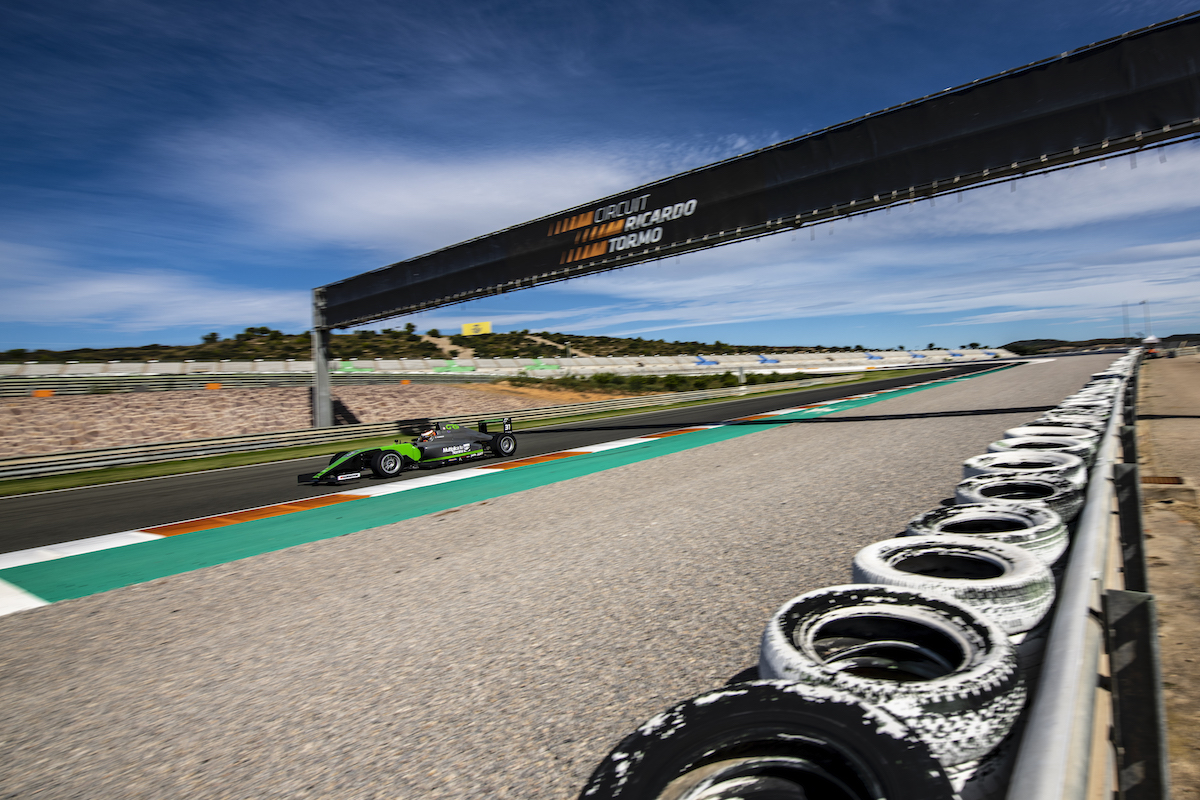 The Formula Regional European Championship by Alpine will visit Valencia’s Circuit Ricardo Tormo on September 23-26 as a replacement for its cancelled Nurburgring round.

Severe flooding in Germany in July led to a considerable number of casualties and with the Nurburgring being used as a base for emergency relief efforts, the August 7/8 trip to the circuit was cancelled by SRO, the organisation behind the events that FREC usually supports.

A DTM support slot at Hockenheim was initially under consideration as a replacement to maintain a presence in Germany, but now the championship will visit Spain for a third time this year following a pre-season test and then a Formula 1-supporting race weekend at Barcelona.

The replacement round will support the final round of SRO’s GT World Challenge Europe, and slots in as round eight of the FREC season, between the Euroformula-supporting visit to the Red Bull Ring (10-12 September) and the first of two trips to Italy at Mugello (8-10 October).

The first day at Valencia, a circuit new to the series, on Thursday will be used for collective tests, ahead of the usual race weekend format of free practice, qualifying and two races.

The Valencia circuit last held a Formula Regional-level single-seater race in 2009 in the final season of the Formula Renault 2.0 West European Championship, when Jean-Eric Vergne beat eventual champion Albert Costa to win both races. The Eurocup, which was merged into FREC for this season, raced there in 2004 and 2005.

FREC organiser the Automobile Club d’Italia (ACI) last took single-seaters to the circuit in 2012 in the final season of the Italian Formula 3 Championship, with its Formula Abarth series also in action that weekend.

The F3 Euro Series also visited the track in 2012, with GP3 making a one-off standalone appearance the following year. Today the track is a mainstay of Spanish Formula 4 (pictured), which is set to race there the week before FREC on 18/19 September.

ADAC F4 had also been set to race at the Nurburgring on the same weekend as FREC and has now rearranged its visit there for November 5-11 as the final round of the season.

Lundqvist: Gateway crash “probably the hardest hit of my career”