Lundqvist: Gateway crash “probably the hardest hit of my career” 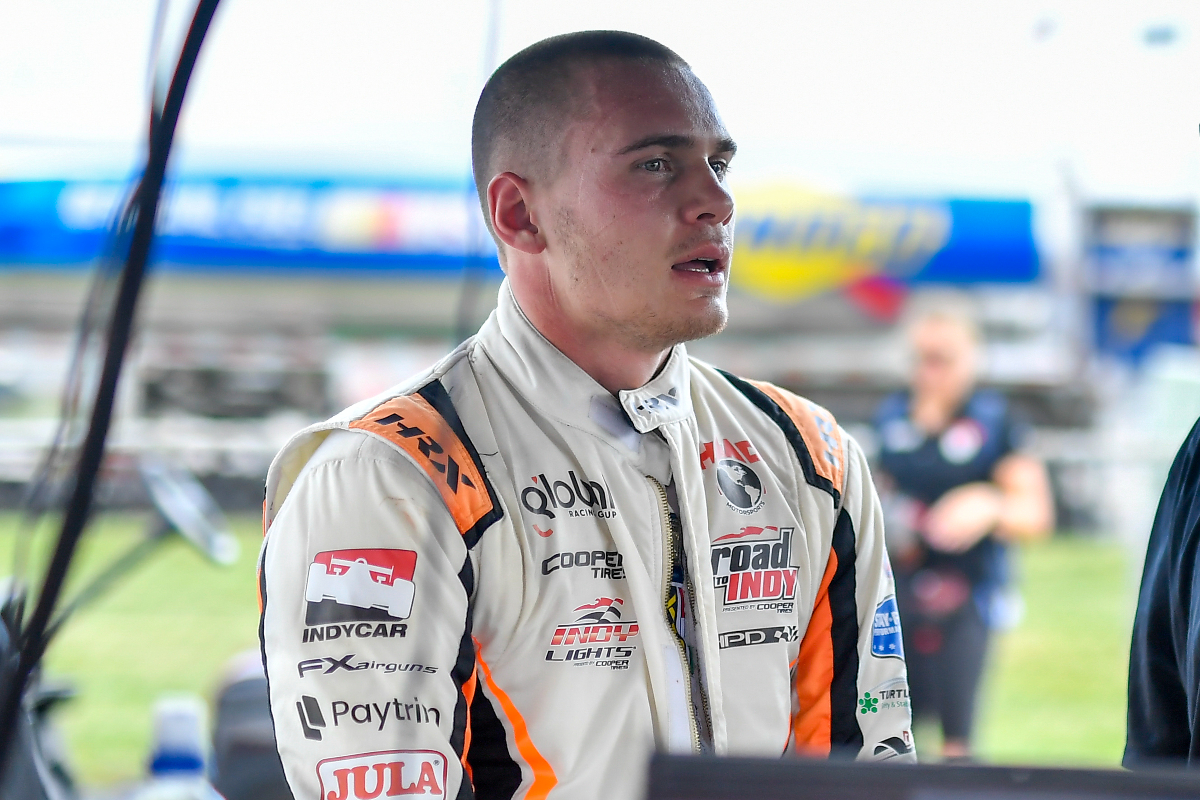 Linus Lundqvist’s Indy Lights title ambitions took a blow in last weekend’s Gateway double-header after a tyre failure led to a heavy crash in race one.

In free practice the pace was set by Lundqvist, visiting an oval for the first time in his career, but going ‘slightly too conservative’ in qualifying left him fourth on the grid for Friday’s 75-lap race and fifth for Saturday’s 70-lap encounter.

However excessive wear on the front-right Cooper tyre, being put under more load now the halo has added to the weight of the series’ Dallara IL-15 car for 2021, led to Lundqvist’s crash and to both races being shortened.

“That was a tough one to take,” Lundqvist said of his race one retirement, which occurred with 17 laps to go of the scheduled distance while he was running in second place. The race was then brought to an end nine laps early.

“I felt like I was doing one of my best races, in my first start on an oval, and that podium would have been such an important result. I came down the back straight into turn three and the tyre just went. It was probably the hardest hit of my career, but I’m all OK. It’s a disappointing end, but in terms of execution of my first oval race, at least I couldn’t have done much more.”

He scored points for ninth place under Indy Lights’ system, despite retiring, but the damage to the car meant he couldn’t use it the next day and left him potentially facing a non-start and no points at all for a higher-scoring oval race.

But the Global Racing Group with HMD Motorsports driver was able to take over the second car in HMD’s own line-up, not in use after Nikita Lastochkin failed to secure the budget to race at Gateway, and first sampled it in Saturday warm-up when each driver ran a front-right tyre they would then switch to halfway through race two during a competition red flag period.

Lundqvist was fourth fastest in warm-up, and went on to finish fourth in the race which – despite the mid-race stoppage – was still shortened due to tyre wear concerns.

“Given the circumstances, I think P4 was a decent result today,” said Lundqvist.

“The team worked hard, first on the original car and then to set up the spare one for racing in a very short time frame. Thanks to all the guys for their efforts.

“All in all, it’s been mixed feelings this weekend, and it was a lost opportunity in many ways. Still, I’m actually really pleased with my pace in my first oval event ever, and it has been fun.”

He now sits 59 points behind HMD’s championship leader David Malukas, with 192 left to score in the remaining six races. However with Lundqvist having not visited the podium in the past six races, it looks like the title race is now solely between Malukas and Andretti Autosport’s Kyle Kirkwood who are split by three points.

The youngest ever winners in FIA Formula 4