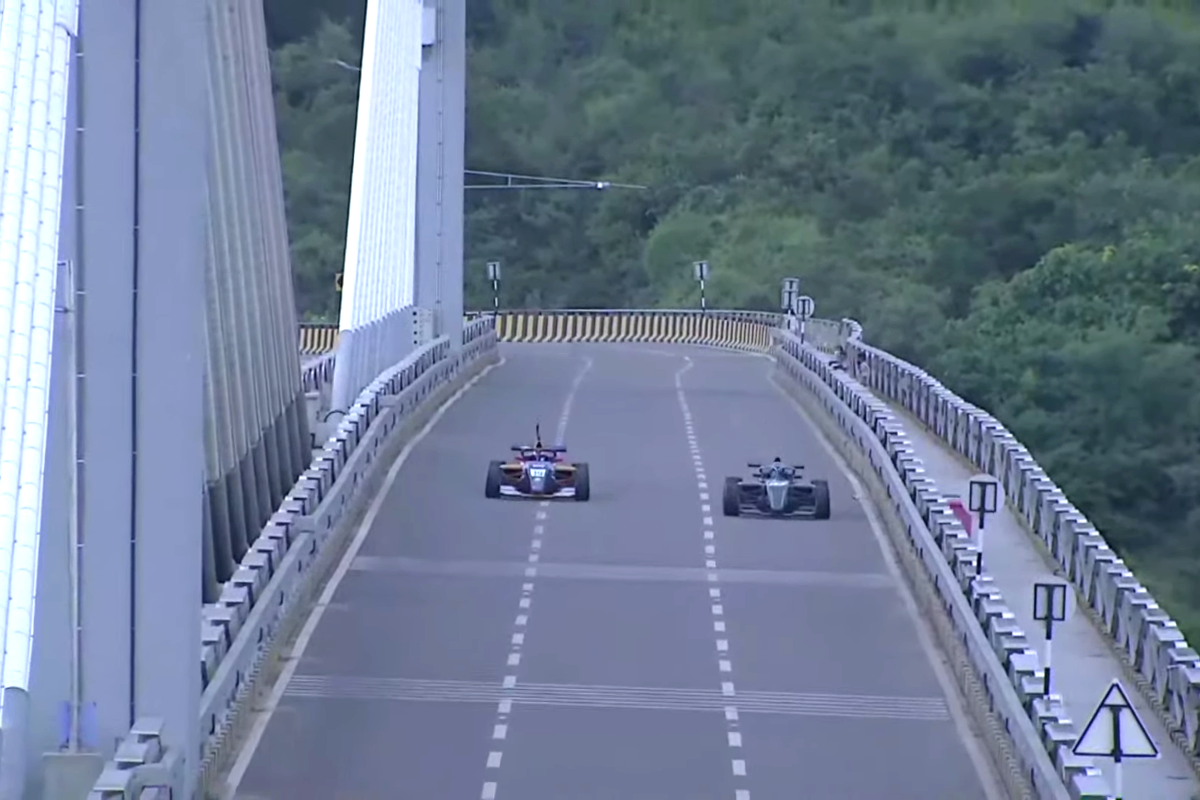 The layout of the Hyderabad street circuit that will feature in Formula Regional Indian Championship and Indian Formula 4 next year was shown in a public launch on Sunday.

Following the formal announcement on Thursday (August 19) of the two series’ creation, as well as the reveal that India’s first FIA-graded street circuit would appear on the calendar for both, a second event was held to inaugurate the circuit.

Successful GT4 sportscar racer Akhil Rabindra and former MRF Challenge F1600 driver Anindith Reddy drove examples of the Alfa Romeo-powered Tatuus T-318 chassis that FRIC will use in a demonstration run that started in the venue of the circuit presentation on Kohenur Road in the west of the city, and then turned onto the Durgam Cheruvu Bridge before a hairpin brought drivers back across.

The two cars were decked in the liveries of the Black Birds Hyderabad and Mumbai Falcons teams. Black Birds is the squad both drivers were signed to in 2019’s X1 Racing League, which like Mumbai Falcons and the new Indian championships are creations of Aditya Patel and Armaan Ebrahim. The Black Birds car lost half of its front wing during the demo run.

Hyderabad street circuit will not be located by the bridge, but instead at the artificially created Hussain Sagar lake towards the centre of the city, using streets on the south side that border the lake and run underneath a road flyover.

While announced in the initial series launch as being 4.2 kilometres long, it is in fact a 2.37km lap that starts with a long pit straight that goes down a very tight hairpin where FRIC drivers are expected to be going no faster than 25mph.

The straight that follows that hairpin briefly runs right next to the water before kinking left and heading towards a fast switchback chicane similar to Sochi’s second turn. A long curve then takes drivers underneath the flyover and towards the turn four hairpin – expected to be considerably faster than the first – with the straight that follows running parallel to the flyover above and leading to a similar hairpin for turn five.

A short straight after that splits off to the left for the pitlane entry, before the final corners of the lap. A tight left-hander that is almost a hairpin is followed immediately by a narrow right, a left and then a faster and more open left-hander that leads onto the pit straight.

The first races on the circuit are scheduled to take place on March 5/6, with a second visit by X1 successor Indian Racing League, FRIC and Indian F4 on March 25-27 to act as the season finale for alll three series.