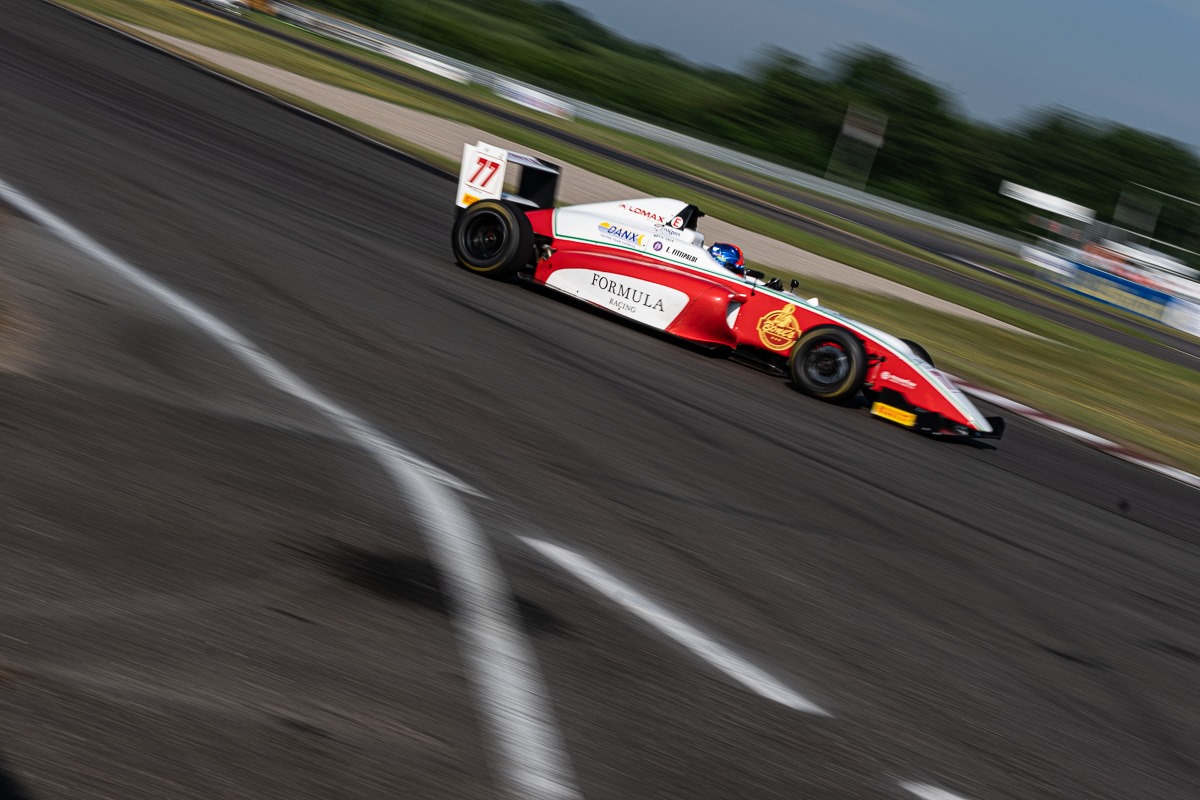 Fittipaldi started fifth for the reversed grid encounter, but streaked straight into the lead at the start as Laura Lyloff was slow from the pole spot, Mille Hoe stalled alongside her on the front row and the Formula 5 cars on row two were also slow.

The next F4 car of William Wulf made swift progress through the opening corners to from sixth to second before the race was put behind the safety car as Line Sonderskov went straight into the gravel at the first corner.

Racing resumed on lap four, and race one winner Noah Stromsted – who won on his single-seater debut on Saturday – moved past Mads Riis into third place at the first corner and was already challenging Wulf for second halfway around the lap.

The pressure Stromsted applied on Wulf allowed Fittipaldi to escape by over one-and-a-half seconds, and Stromsted got his move done at the 90-degree turn three left-hander only for Wulf to immediately reclaim the position at the double right-hander that followed.

Wulf strengthened his defences after that, meaning Fittipaldi extended his lead to over five seconds and championship leader Mads Hoe was brought into the battle for second place.

On lap eight of 12 the move by Stromsted was repeated, although this time he actually got it completed on the right-handers at the end of the first sector, and Fittipaldi’s run to victory now started to come under threat.

In two laps Stromsted was able to take the gap to his fellow Team FSP driver from 5.7s to 2.9s, and headed into the final lap two seconds behind before encountering lapped traffic that prevented him from challenging Fittipaldi for the win.

Fittipaldi is now past Wulf in the battle for second in the standings, after his FSP team-mate was penalised three seconds and dropped to fifth for using a swerving defence against Hoe across the finish line to secure third. Before the penalty, he had already dropped nearly six seconds to Stromsted.

A few seconds further back were Jacob Bjerring and Mads Riis who completed the F5 class podium behind Hoe, then three quarters of a minute off victory was Mille Hoe who in her F5 car held off F4 racer Frederik Stena.

Juju Noda only got halfway around the formation lap before her car stopped terminally, meaning she failed to start for the second race in a row.