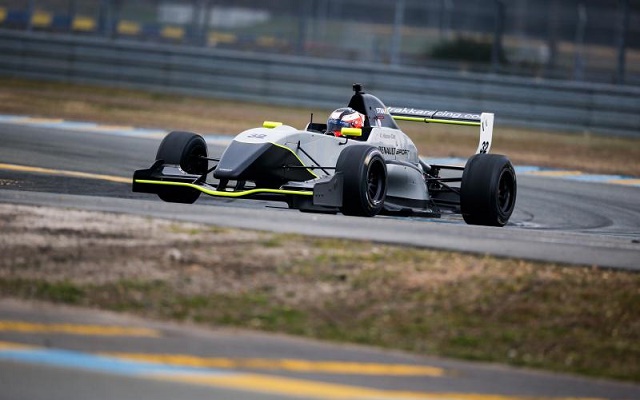 Hasse-Clot, 19, became the second Strakka Racing driver to top a session this test after Max Defourny set the pace in yesterday’s afternoon run.

It was yet another session affected by rain, with the track remaining damp for most of the allotted time and only starting to dry in the final hour.

With times dropping rapidly, Hasse-Clot pulled into the lead with ten minutes to go and would remain unchallenged thanks to a red flag brought out by fellow French F4 alumnus Amaury Richard.

Fortec’s NEC champion Ben Barnicoat was the only driver to stay within a second of Hasse-Clot, finishing in the top three for a third session straight.