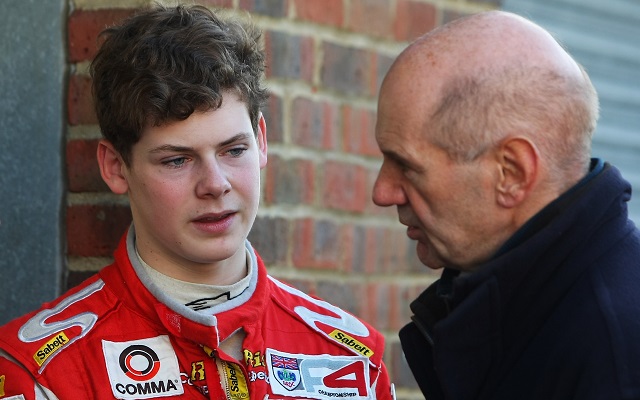 Newey will combine the German series this year with BRDC F4, which he was previously confirmed to enter with HHC Motorsport.

It means the son of F1 designer Adrian Newey will be team-mates with Mick Schumacher, the son of Michael.

The 16-year-old Briton had his first taste in cars at the end of last year, participating in the final French F4 weekend of the season at Paul Ricard with a best result was ninth.

He then raced in one round of the BRDC F4 Winter Series at Snetterton where he finished all four of his races in the top six.

?I am very happy to be racing for Van Amersfoort Racing this season,” said Newey.

“This has been one of the most pleasant weeks in our four-decade history,” added team boss Frits van Amersfoort, team boss.

“We’re extremely honoured to have some of racing’s most credible people choosing to entrust our team in the development of two promising young talents. We see their confidence as a unique challenge that everyone at Van Amersfoort Racing is ready to take up with dedication and driven by a sincere desire to help the drivers fulfil their dreams.?

Due to his BRDC F4 commitments in Britain, Newey will miss two rounds of the ADAC season; Red Bull Ring on 6-7 June and Oschersleben on 12-13 September, clashing with trips to Rockingham and Donington respectively.