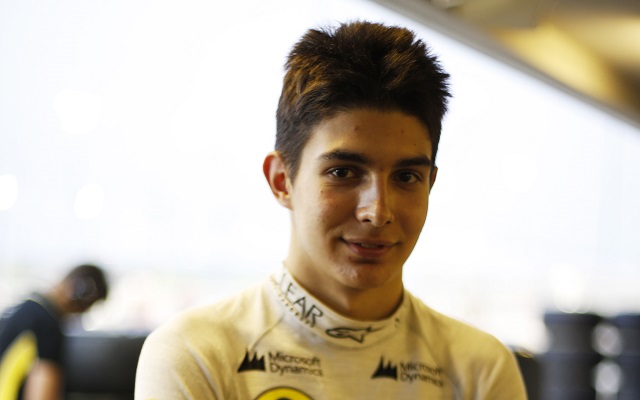 The FIA F3 European Champion Esteban Ocon has secured a drive for 2015 in the GP3 Series with ART Grand Prix.

After winning the F3 title as a rookie last season, the 18-year-old Frenchman’s future had been shrouded in uncertainty over the winter as a planned move to GP2 with DAMS fell through due to apparent funding issues despite his links to the Lotus F1 Team through Gravity Sports Management.

A rumoured switch to the DTM with Mercedes – who powered him in F3 – also failed to materialise, but he has now landed a place with multiple GP3 champions ART, where he will aim for a second successive major title.

Despite speculation that his management could be taken over by ART co-founder Nicholas Todt, the team’s announcement states that he remains with Gravity.

GP3 tyre supplier Pirelli have helped to make the deal possible, giving a??100,000 scholarship to Ocon as the European F3 champion to use in the series.

“I am very pleased to contest GP3 with ART Grand Prix because it?s the project that I wanted to happen the most,” he said.

“After a great season in 2014 and given the experience and the team?s track record, my ambition is to repeat this in 2015 and win the title. There are a few question marks because I have not yet tried out the car, but ART Grand Prix has all the skills, data and talent to allow me to have such high ambitions.”

Ocon joins his Prema F3 team-mate Antonio Fuoco in making the switch to GP3 this year – the Ferrari protege has signed with 2014 champions Carlin.

Ocon is the third and final GP3 driver signed by ART for this season, joining Alfonso Celis and Marvin Kirchhofer.

Team manager Sebastien Philippe commented: “ART Grand Prix is pleased to work with Esteban who had an exceptional season in 2014.

“We should not minimize the magnitude of the task at hand because Esteban is only just starting in GP3 and will have to adapt to the requirements of the discipline in the first race. But we trust in his talent and potential to achieve this and to join in the fight for the title.”

Pirelli’s Paul Hembery added: “As well as a ?200,000 scholarship for the winner of the GP3 Series to put towards a GP2 budget, we are very pleased to award a prize fund of ?100,000 for the European Formula 3 champion to use in GP3, helping ensure a solid path of career progression that is driven by merit and talent alone.

“This fits in perfectly with our philosophy of being more than just a tyre supplier to motorsport, but instead a genuinely proactive partner that creates opportunities for stakeholders to grow at every level.”