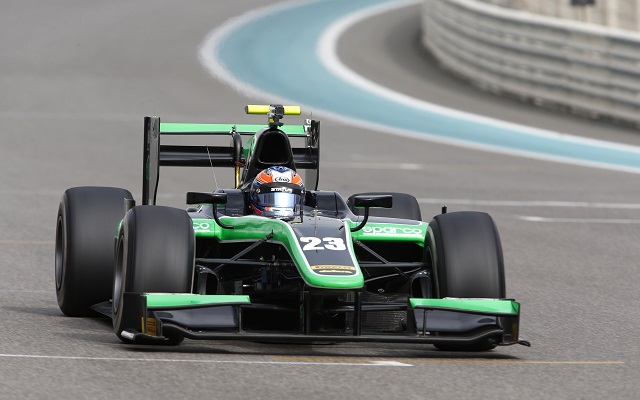 Status GP2 tester Richie Stanaway showed what he can do as he beat the series frontrunners to top the morning session on the third and final day of the first pre-season test in Abu Dhabi.

Midway through the three hours of running, the Kiwi posted a 1m48.441s – the best time of the week so far.

Previous pace-setter Pierre Gasly was forced to settle for second with his lap in the closing stages, 0.164s slower than Stanaway. Mitch Evans was third, having been quickest until being relegated by his compatriot Stanaway.

Raffaele Marciello was fourth, closely followed by Alexander Rossi. Sixth was Stoffel Vandoorne ahead of Gasly’s DAMS team-mate Alex Lynn. The Campos drivers Rio Haryanto and Arthur Pic made the top ten, either side of Rapax rookie Sergey Sirotkin.

The session was interrupted by two red flags in the first hour, caused by Russian Time drivers Artem Markelov and Evans stopping on track.