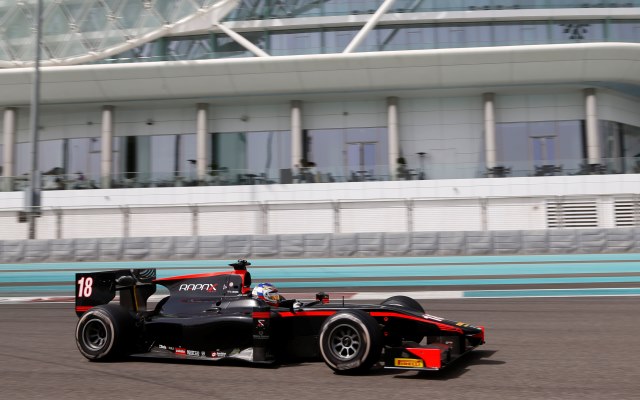 The Russian claimed the honours inside the last 30 minutes of the session, deposing GP3 Alex Lynn from top spot.

Arthur Pic took P2 before the end, just over a tenth slower than Sirotkin, to relegate Tuesday pace-setter Lynn to third.

Closely behind, Frenchmen Nathanael Berthon and Norman Nato completed the top five, ahead of Rio Haryanto.

Amberg stopping on track with an hour to go was the cause of one of three stoppages during the afternoon session. Contact with the barriers for Alexander Rossi had earlier led to the first halt, while Artem Markelov triggered a red flag for the second time today when his car stopped, leaving just ten minutes on the clock at the restart.

Rookie Richie Stanaway – testing for Status but currently without a 2015 drive – was the slowest of the 25 runners in the final session, but his morning time ended up as the quickest of the three-day test.

The GP2 teams will reconvene in Bahrain for the second and final pre-season test on 1-3 April.