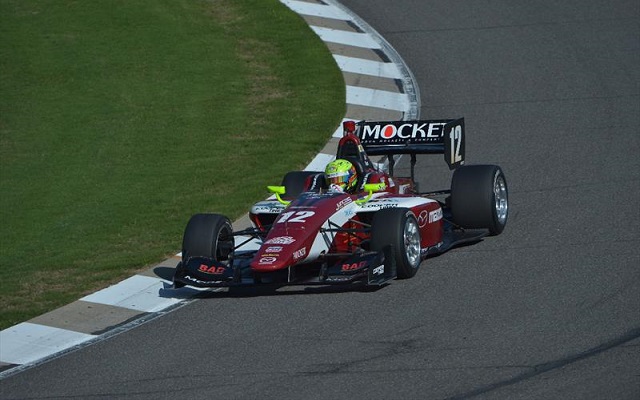 The Juncos Racing rookie driver, who sits a close second in the championship behind triple race winner?Ed Jones?of Carlin, clocked a lap of 1m12.386s to become the third different pole winner in as many rounds of the Indy Lights championship.

Pigot will start on the front row next to Schmidt Peterson Motorsports’?Jack Harvey, the pole sitter at Long Beach one week ago, looking for a much better result in Alabama this weekend.

Jones, still undefeated in 2015, will line up third on the grid, next to?Kyle Kaiser in the second Juncos entry.?RC Enerson?looked to topple the apple cart with a stunning pole run, but the USF2000 graduate would settle for starting inside row three, next to Formula 1 veteran?Max Chilton in the second Carlin car.

Felix Serrales will head up row four for Belardi Auto Racing, next to?Scott Anderson?in another Schmidt Peterson car.?Sean Rayhall qualified ninth in his debut for the returning 8Star Motorsports team, and will grid up alongside Colombian?Juan Piedrahita.

Shelby Blackstock ended the session with the 11th best time, and will be on the back row with Ethan Ringel. Blackstock is the lone Andretti Autosport driver this weekend, with third-generation driver and Road to Indy standout Matthew Brabham on the sidelines for this weekend’s event.

This session ran for a full forty minutes, with the entire twelve-car grid covered by just two seconds.