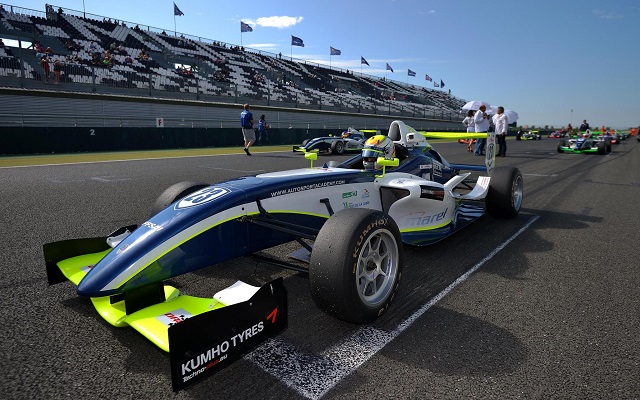 The Dane kept the lead at the start and was never challenged by anyone throughout the 14-lap race, claiming his fourth win of the year by four seconds at the flag.

Lotus junior Dorian Boccolacci drove a similarly calm race to finish six seconds ahead of third, picking up his sixth podium of the campaign.

Felix Hirsiger took third despite being closely followed by Mexican Patricio O’Ward for the bigger part of the race.

The biggest duel of the race took place between Valentin Hasse-Clot and Denis Bulatov – and, despite massive and continued pressure from the Russian, the Frenchman kept him at bay for fifth place.

The top ten was completed by Valentin Moineault, Vladimiar Atoev, Joseph Mawson and Max Defourny, who will start race two from reverse-grid pole.