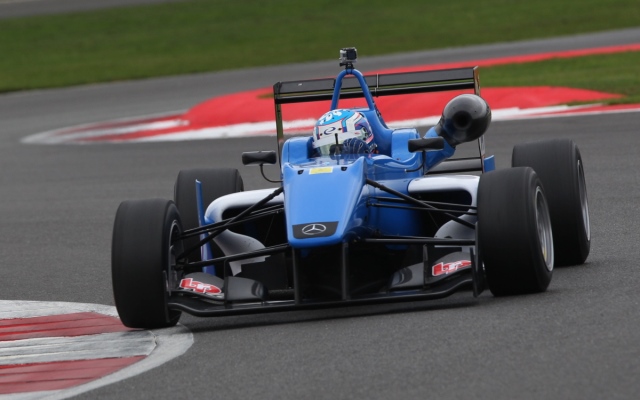 Hong Kong racer Matt Solomon will step up to European F3 with Double R Racing, it has been confirmed.

The Formula Masters China Series runner-up has tested extensively with the British team over recent months.

Solomon, who turns 19 later this month, began racing single-seaters in 2013 in FMCS, finishing fifth in the standings in his rookie season with four podiums. Famously, he also won a GT Asia round that year sharing a Mercedes with two-time Formula 1 champion Mika Hakkinen.

He made his European debut in a Formula Renault 2.0 Alps in 2013 at Misano with Prema Powerteam.

Last year he won a total of five races – four consecutively – for Eurasia Motorsport as he finished second to James Munro in FMCS.

?I am extremely excited to arrive in Europe and race in the FIA Formula 3 European Championship, there is going to be a lot to learn and understand but it?s a great challenge,? said Solomon.

?There are new tracks for me to learn, a new philosophy and also a new mentality to take with a higher level of racing. Double R is a fantastic team with a lot of experience so my job is to do the best I can.?

Solomon joins Nicolas Pohler as the second driver in Double R’s assault on the European championship.

?We?re delighted to finalise a deal with Matt so quickly after confirming Nicolas too, it?s great to have him onboard for 2015,? said Double R team principal Anthony ?Boyo? Hieatt.

?It?s a cracking young line-up and while FIA Formula 3 is always unbelievably competitive, Matt has shown some very impressive pace up to now. He?s definitely got all of the attributes to be a successful driver.?