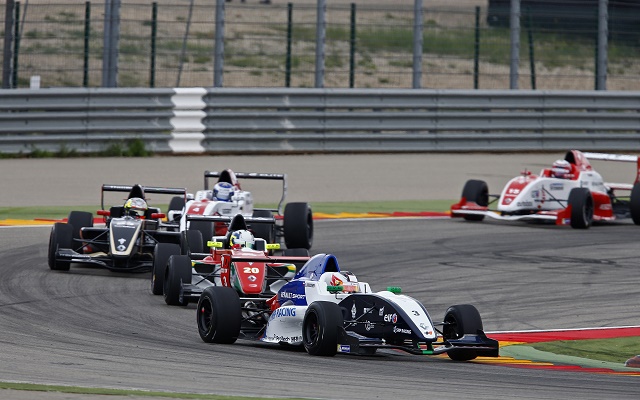 The 2015 calendar of the Eurocup Formula Renault 2.0 series has been boosted to 17 races thanks to the addition of triple-header events.

World Series by Renault have announced that the season opener at Aragon and the finale at Jerez, as well as the June round at the Hungaroring, will all feature a third race in addition to the originally planned two.

The Eurocup has been a seven-round, 14-race championship since 2011. Its format of two races per round was established in 2003, during the season when the championship was called Formula Renault 2000 Masters.

Despite the addition of third races, the format for the rest of the Eurocup weekend is expected to remain unchanged, with two qualifying sessions determining the grids for the first two races.

According to the provisional sporting regulations, the grid for race three will be decided by second-best times from the second qualifying.