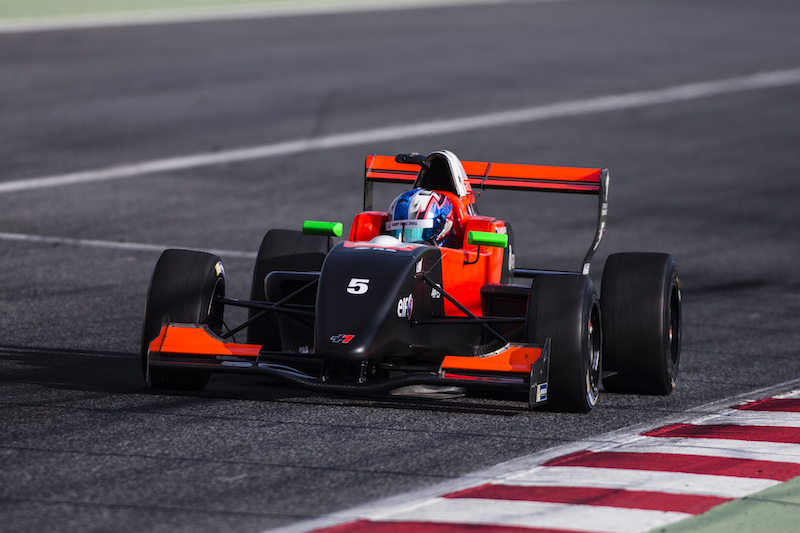 SMP-supported Alexander Smolyar will step up to Formula Renault this year with Tech 1 Racing.

In his first year in cars in 2017, the Russian finished third in the SMP Formula 4 series and second in the Spanish championship, winning eight times in the latter and battling Christian Lundgaard for the title down to the final round.

He then made an impressive step up to Formula Renault with Tech 1 at the rookie test at Barcelona in October, where he was third quickest.

“I can’t wait for the season to begin and to be at Circuit Paul Ricard for my maiden race in Formula Renault with Tech 1 Racing,” said Smolyar.

“For my first time in the Formula Renault car I was quite happy with our performance. The winter tests confirmed that we were on the right track as we were among the front-runners on many circuits; it gave me confidence even though I know it was only testing and that the real challenge starts in April.

“In any case, communications with the team and my team-mates are excellent. We’ve all hit it off really well and things are particularly good between me and my engineer, Adrien. My relationship with my engineer is something that’s very important for me, and I’m sure it’s only going to get stronger as the season unfolds.

“It’s a little bit tough to speak about targets right now, but I can say that I’m not going there just to make up the numbers in the top 10.”

“He will be our new kid on the block in Formula Renault. Despite his short experience in single-seaters, he showed that he was very quick in each of the winter test sessions.

“I think he’s going to give many of the drivers back for the second year a hard time.

“By targeting the rookie title, I reckon we’ve set him a goal that’s well within his reach.”