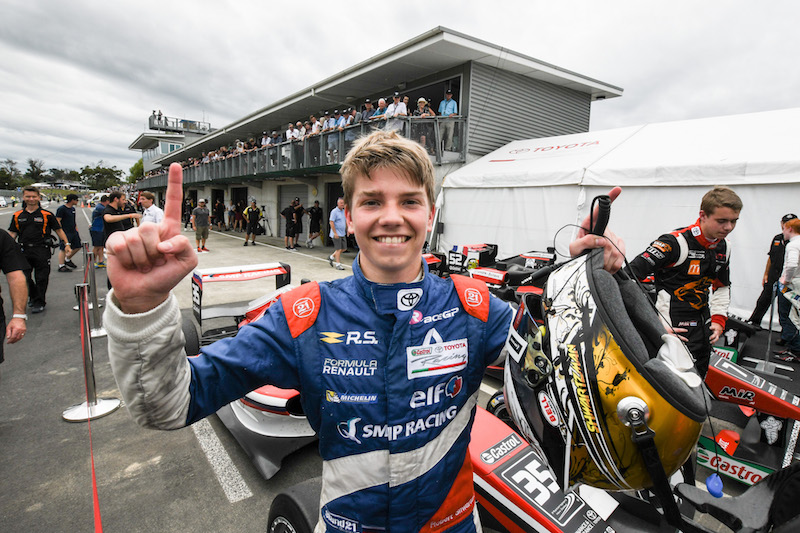 After taking the lead off the line, Marcus Armstrong hadn’t put a tyre wrong for the majority of the race, managing a comfortable gap to pole sitter Richard Verschoor.

The Kiwi looked set to take his third win of the season and secure the title before Verschoor dived past him with a late braking manoeuvre to take the race lead with five laps remaining.

When the race restarted for a one-lap sprint, Armstrong lost speed as he came up to the line and he plummeted down the order.

He managed to recover a few positions to take the chequered flag seventh but, with Verschoor and Shwartzman in first and second, it wasn’t enough to stay at the top of the championship standings.

Shwartzman, who came into the race just 10 points adrift of Armstrong, had spent most of the race running fourth, trying to find a way past Charles Milesi.

His championship winning move came at the safety car restart, when he capitalised on Armstrong’s issue to breeze past him and Milesi.

The Russian couldn’t challenge Verschoor for the race win, but second place was enough to put him five points ahead of the Dutchman in the final championship standings.

Milesi picked up his first podium of the year with a third place finish, ahead of Juan Manuel Correa Brendon Leitch, and Clement Novalak.