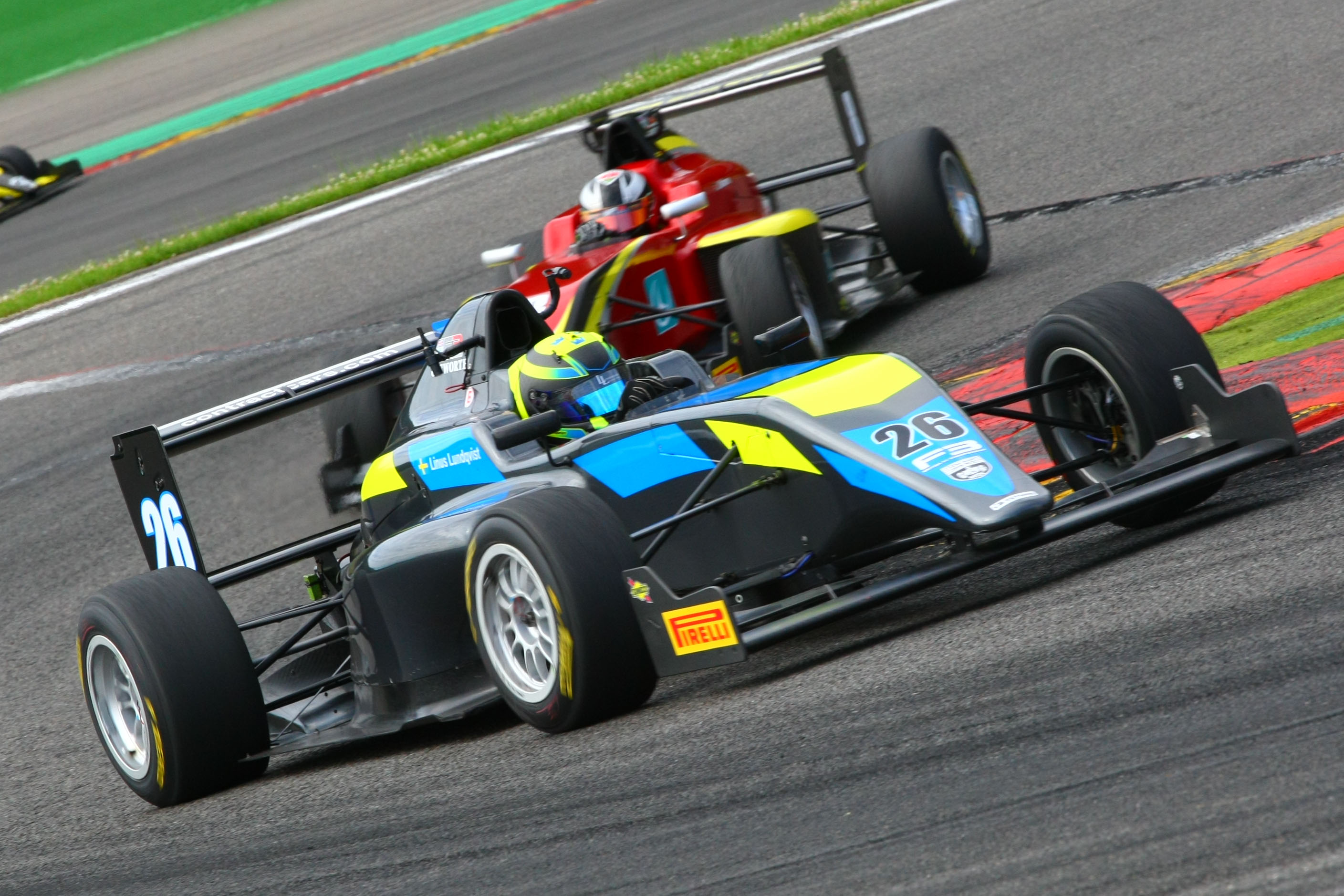 Linus Lundqvist will make a full-time move up into the BRDC British Formula 3 Championship with Double R Racing this year.

He also made his BRDC British F3 debut with the team at Spa-Francorchamps, and will now graduate full-time to the series.

?I am thrilled about this opportunity to race full-time in British Formula 3 this season,? said Lundqvist.

?The moment the F4 season finished this is what we started working towards, and I’m so grateful we’ve managed to put this together with Double R Racing.

“I really enjoyed working with the team last year in F4 and can’t wait to get going again in F3.

?It will be an even bigger challenge, of course, but I’m heading into this aiming to win.

“I learned a lot from that one-off at Spa last year, and it remained one of the highlights of my season.

“The car is so much fun to drive, and by the end of that weekend, I was down to just a few tenths off the fastest guys.

“Having done that race at Spa also means I will be familiar with all the tracks on the calendar.

“I obviously know the British ones from F4, there will still be things to learn but, overall, I’m feeling pretty confident going into pre-season testing.”

Lundqvist is Double R’s second confirmed driver for 2018 after the signing of American Dev Gore.

Indian Krishnaraaj Mahadik, who took over from Lundqvist after Spa last year and took a win at Brands Hatch, was also in action with the team as testing began at Oulton Park last week.

“We?re super excited Linus is remaining with the team for the step-up into British F3 and we?re confident he?s going to be every bit as competitive in F3 as he was in British F4 last year,” said team boss Anthony Hieatt.

?Linus is a quality driver, a real genuine prospect, and our aim is to be regularly challenging for podiums and race wins as the championship unfolds.

“We?ve got a fantastic relationship and everyone at the team is very hungry to achieve a lot of success in British F3 this season.”