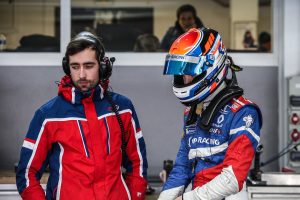 Vartanyan finished 13th in his first season in the Eurocup, picking up one top-five finish with JD Motorsport.

He also contested the accompanying Northern European Cup round at Spa-Francorchamps with the team, before joining Arden for the final round of the championship and picking up his first Formula Renault podium.

The year before he raced in SMP and Spanish Formula 4, finishing in the top three in the standings in both. He is also a member of the SMP Racing driver support programme, and will be joined by fellow SMP prospect Alexander Smolyar on the 2018 Eurocup grid.

?I am very glad that I will be racing in Eurocup Formula Renault with Arden Motorsport,” said Vartanyan, who will partner Oscar Piastri at the team.

“I hope that this year’s results will be much better than in the past, I believe that I conducted enough tests with Arden Motorsport to show a good result. I want to thank SMP Racing for the opportunity to show themselves?.

Ben Salter, the team manager of Arden’s Formula Renault squad, added: “It?s with great pleasure that we can confirm Alexander joins the team for a full season in Formula Renault Eurocup this year.

“Alexander has raced with us once in the NEC championship already where he was extremely impressive, taking his first podium in the category.

“We were pleased to work with him again during our winter test programme ? we know that he has the potential to do great things on track, so we have no doubt that he will be competitive from the word go as he hits the track this year.?